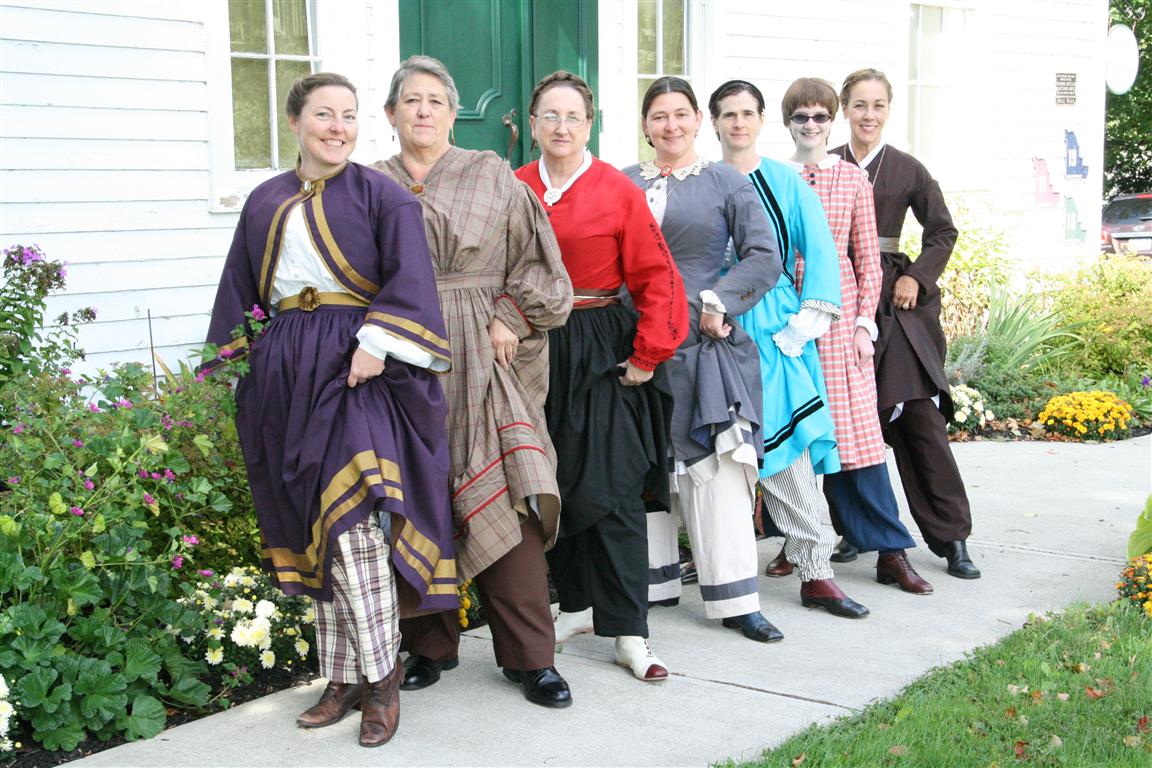 During the first week of March, Women’s History Month, the Gerrit Smith Estate National Historic Landmark and the National Abolition Hall of Fame and Museum in Peterboro will launch a commemoration of the Women’s Suffrage Centennial at 1 pm Saturday, March 7 at the Smithfield Community Center, 5255 Pleasant Valley Road, Peterboro NY. The Nineteenth Amendment (The right of citizens of the United State to vote shall not be denied or abridged by the United States or by any State on account of sex. Congress shall have power to enforce this article by appropriate legislation) was passed by the House of Representatives on May 21, 1919 after its initial introduction in 1878. The Senate passed the Amendment on June 4, 1919. The 36th state needed for ratification did so on August 18, 2020, and the amendment was officially ratified on August 26, 2020. In 1973 Congress designated August 26 as Women’s Equality Day.

Norman K. Dann PhD will open the afternoon with a program on Smithfield Women Reformers, including the introduction of a new publication God, Gerrit and Guidance: The Life of Ann Carroll Fitzhugh Smith. Dann will be followed by Matthew Urtz, Madison County historian, who will present a PowerPoint on Women’s Suffrage in Madison County.

Laura Costello and Laura Martino, from the Madison County Board of Elections, will explain the recent New York State legislation on voter pre-registration for sixteen and seventeen year olds, describe the process of registering, encourage pre-registration, and provide registration forms for onsite registration. David Holmes, voter statistics researcher, will provide statistics and trends of women voters in Madison County enumerating the number of teens eligible to register to vote in each town in the county.

In respect to the 100 years of female voting rights in the United States, a campaign to recruit at least 100 female teen voters in Madison County commenced at the March 7 event. Young women who are registered to vote and attend a women’s history program in Madison County by June 20th will be awarded a suffrage sash of purple, gold, and white to wear in a suffrage unit in a Fourth of July parade dressed as a 1920 suffragist or as a 2020 teen.

Teens present at the March 7th meeting in Peterboro will be able to register to vote (if not already registered) and count attendance at a women’s history program. Cultural and heritage sites in Madison County will be announcing events which will welcome teen attendance. Further information on women’s history programs will be available as of March 9th at PeterboroNY.org, info@gerritsmith.org, and at 315.280.8828.

Jody Luce, the Tailor of Peterboro, demonstrated How to Dress Like a Suffragist inexpensively at the close of the March 7 programs, after which Norm Dann provided a guided Women’s Rights Walk at the Gerrit Smith Estate National Historic Landmark.

Continuing 2020 events in Peterboro that honor the Suffrage Centennial:

The women’s rights programs are, in part, sponsored by a Humanities New York Action Grant. The public is encouraged to attend programs in Madison County that commemorate the one hundred years of women’s rights to vote.  For more information and updates: www.PeterboroNY.org, www.nationalabolitionhalloffameandmuseum.org, 315-280-8828.