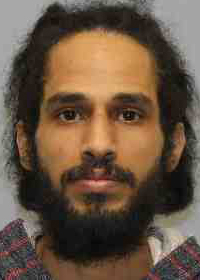 On March 19, 2020, at 7:29 a.m., 911 received a phone call from a victim who reported she and her daughter had been stabbed at their residence on Bolivar Road in Sullivan; the suspect had fled the scene on foot.

Law enforcement spoke with the victims and discovered that the woman who called 911 had exited her residence and entered her vehicle awaiting her adult daughter. When her daughter exited the residence, a male acquaintance of the daughter, Gilberto Lopez, 36, of Syracuse, came out from under the stairs and started stabbing the daughter to her head, shoulder and arms. The mother exited the vehicle and was then stabbed by the suspect two times to her head.

The daughter ran over to her mother and started to kick and hit the suspect to help her mother; Lopez stopped attacking the two women, took the daughter’s purse and ran from the scene.

Law enforcement arrived in the area and observed the suspect running through a field behind the victim’s residence. The suspect was apprehended near Lakeport Road by state troopers and park police.

The victims were transported by ambulance to SUNY Upstate Medical University, where both were treated for non-life-threatening injuries.

Investigators with the Madison County Sheriff’s Office arrested Lopez and charged him with two counts of second-degree attempted murder, first-degree robbery and first-degree assault, all class B felonies; second-degree assault and third-degree criminal possession of a weapon, both class D felonies; and petit larceny, a class A misdemeanor; he is being held at the Madison County Jail to await arraignment on March 20.