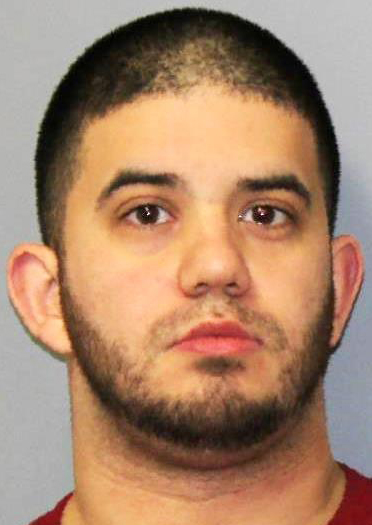 On March 11, 2020, state police in Fulton arrested 28-year-old Matthew G. Fragola of Liverpool on charges of second-degree rape, a class D felony, and endangering the welfare of a child, a class A misdemeanor.

Fragola was charged after a joint investigation by the state police Bureau of Criminal Investigation (BCI) and the city of Oswego Police Department after the investigation determined Fragola had sexual intercourse with a 14-year-old female in the Syracuse area.

He was processed and transported to the Onondaga County Justice Center for centralized arraignment.

Anyone with information regarding Fragola or this investigation is asked to contact the state police BCI at 315.366.6000.

Preliminary investigation revealed 26-year-old Christopher J. Gamble was operating a 2017 Polaris UTV and carrying two passengers on his own property when he lost control of the UTV, causing it to overturn. Gamble was partially ejected and pronounced deceased at the scene. The two additional passengers were transported to SUNY Upstate Medical University for non-life-threatening injuries.

On March 14, 2020, state police responded to 101 Meadow Road in the village of Elbridge for a reported robbery that just occurred.

The complainant stated three males and a female drove over to his residence, threatened him with a knife and took his cell phone. The suspects then left in a white van in an unknown direction. As patrols searched for the suspect vehicle, a town of Camillus Police Officer observed the van and stopped it on Route 690 near the state Fairgrounds. All three suspects were taken into custody without incident.

The investigation revealed the three individuals went to the victim’s residence, held a knife to the victim and stole his cell phone and three bags of marijuana.

The following individuals were arrested:

All three were transported to the Onondaga County Justice Center for centralized arraignment and held on $25,000 cash bail.

On March 16, 2020, at approximately 8:30 p.m., state police responded to the Pit Stop gas station located on County Route 3 in Granby for a reported stabbing incident.

Investigation revealed the 27-year-old male complainant drove his pickup truck to the Pit Stop gas station/convenience store with three friends to purchase drinks. Upon exiting his truck, the complainant had a verbal exchange with one or two individuals who were standing around a sedan that was already parked at the gas station. Upon exiting the store, the victim exchanged more words with the subjects. During the altercation, the complainant suffered a single stab wound to the abdomen.

The victim was transported to SUNY Upstate Medical University and is listed in stable condition.

Anyone with information regarding this incident is asked to contact the state police BCI at 315.598.2112.