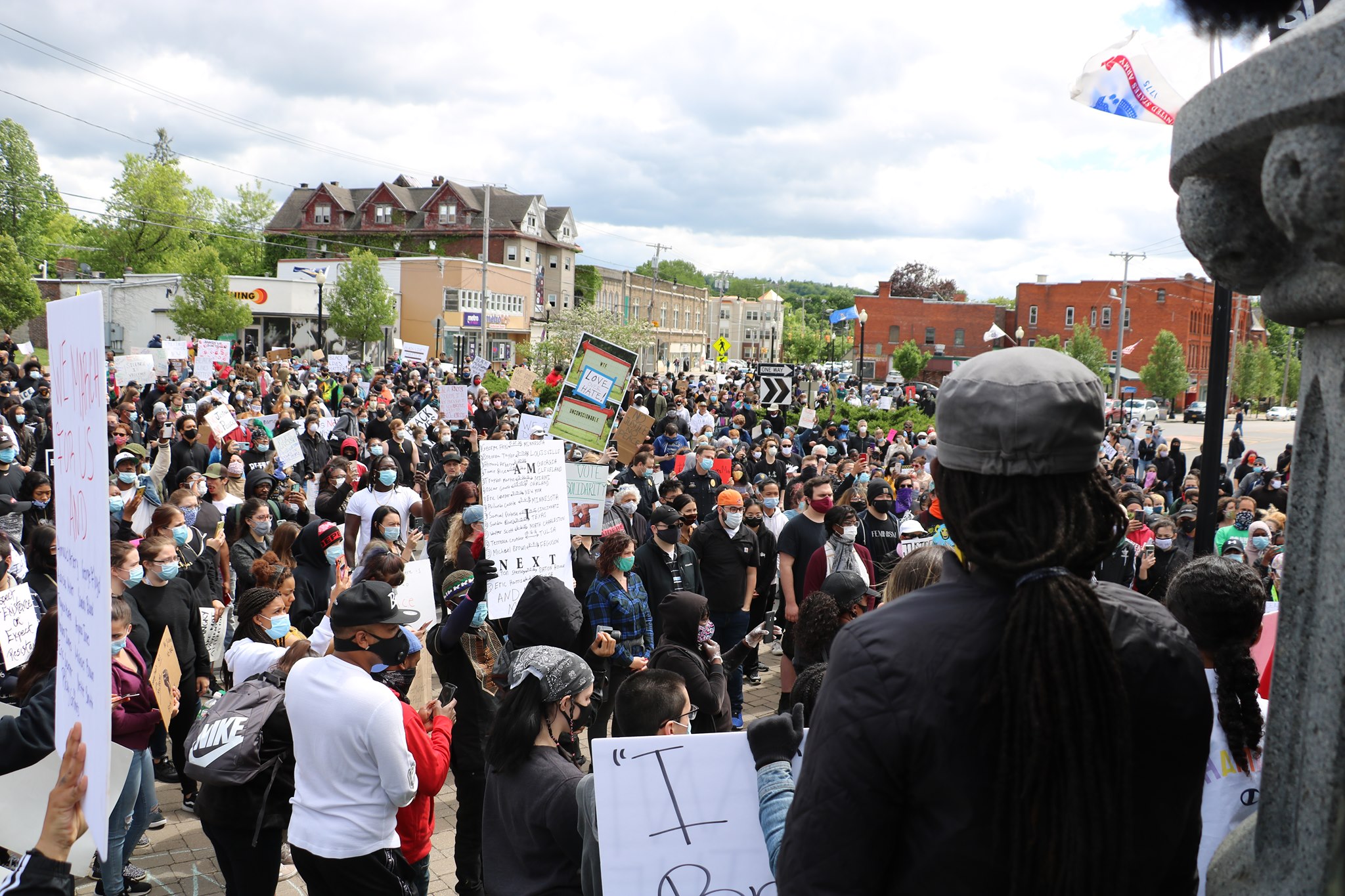 Close to 1000 people attended a peaceful protest and march May 31, 2020, in solidarity with George Floyd and the greater Black community in Utica on Sunday afternoon.

“I wanted us to come together as a community and walk beside our Black brothers and sisters,” said organizer Yadana Oo. “I wanted them to know that they are not alone.”

Oo reached out to Councilman Delvin Moody for assistance when she had the idea for a march, and they met with the Utica Police Department in preparation for the event.  The UPD issued its own statement of support on its Facebook page Sunday.

The march kicked off at Kemble Park as Oo and Moody encouraged participants to respect one another and property, and it finished at Oneida Square. Marchers carried signs that read, “Black lives matter,” “I can’t breathe” and “Silence is violence,” while they chanted through their masks, “Say his name! George Floyd!” and “No justice, no peace.”

Reeske, of Indivisible Mohawk Valley, spoke about the importance of white people committing to anti-racist actions daily and forever.

“We need to manifest a world where the values we share are actually lived experiences for Black people so they can thrive,” Reeske said.

“People came out because they wanted to be heard and see real changes being made,” Oo said. “I love this city and everyone in it.”