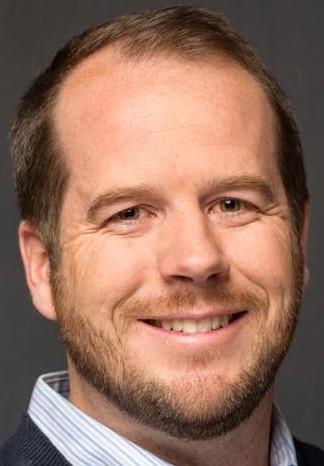 “These endorsements are not just from community leaders across the district, they are from professionals across many industries, from healthcare to farming and education. I believe the time I’ve spent studying the issues and creating ideas to help our district is getting the vote of confidence from the experts,” Buttermann said. “I have traveled up, down, back and forth across this district, meeting voters and community leaders for years. I have built relationships through the process, and I am honored to receive these endorsements.”

Buttermann announced that his Democratic primary opponent Corey Mosher has endorsed him for the 121st Assembly seat. Buttermann won the primary with 60.2% of the 6,367 votes cast. He faces incumbent John Salka for the seat.

“Dan will work for everyone in the 121st District. His character won’t allow him to get sucked into the partisan politics that so many are tired of,” Mosher said. “Dan Buttermann is the right choice for the 121st District, and I am proud to endorse him for Assembly.”

“I am thankful to have Corey’s support going forward,” Buttermann said. “He stepped up because he wanted to make sure our agricultural community is not left behind or forgotten. His endorsement is great news for my campaign; it shows the confidence he has in me to represent our farmers in Albany. I look forward to working with Corey in the coming months to win this campaign and bring effective representation back to the 121st.”

“As a former Oneonta School Board member, Dan knows firsthand just how valuable public services like education are to New York’s students and families,” NYSUT President Andy Pallotta said. “We’re proud to endorse him and know we’ll have an ally in Albany who will fight for those who rely on our public schools, colleges and hospitals to ensure they have access to the high-quality services they deserve.”

“I am honored to have the support of our teachers,” Buttermann said. “Education is the most important investment we make in our future, and our school professionals from kindergarten to college are the front line of that investment. They must have a clear voice in Albany and a representative who understands the complexity of their work.

“I am thankful that NYSUT recognizes and values my work and experience from the front of the classroom to the school board and trusts me to speak for and represent their members in Albany.”

Former Assemblyman Bill Magee, who represented the 121st District from 1991-2018, announced his endorsement of Buttermann for Assembly.

“I am voting for Dan Buttermann, because I know he will do the work our farms need in Albany,” Magee said. “He comes from a family business and has the work ethic and drive to ensure all farms and businesses in the 121st get the support they need. Send Dan to Albany, and he will represent us with conviction and integrity.”

“I am honored to have the endorsement of Bill Magee,” Buttermann said. “He served our district for years with honesty and understanding. His focus on constituent services is the reason why community members from all political parties valued his service. As your representative, I will follow his lead as a representative for each and every person in the 121st.”

“Dan shares my drive and excitement for serving New York,” DiNapoli said. “I have known Dan for years and each time we meet, I am impressed with the work he is doing, from serving on the school board and the community action agency to delivering needed food to families with the United Way. Dan has the knowledge and the experience to be a great fit for the Assembly.

“I know he will work to ensure the financial health of our state by working with all stakeholders to nurture our upstate economy and protect our communities. He is already a trusted leader and we can all count on him being an outstanding advocate for the 121st. I fully endorse Dan Buttermann for the New York State Assembly.”

“I am honored to have the endorsement of New York State Comptroller Tom DiNapoli,” Butterman said. “His record of fiscal responsibility has earned the trust of New Yorkers across the state. I thank him for recognizing our shared commitment to managing state resources efficiently and that our upstate communities need advocates who focus on policies that foster economic growth.”

“I am proud to announce my endorsement and support for Dan Buttermann in his campaign for New York’s 121st Assembly District,” Delgado said. “Dan and I share a strong commitment to serve our communities through promoting small businesses, family farms, improvements in infrastructure and action on climate change. I firmly believe Dan’s substantial record of community service will translate into a tireless resolve to serve the people of the 121st Assembly District.”

“I am honored to have the support of Rep. Antonio Delgado,” Butterman said. “He has quickly shown he wants to work for and hear from his constituents by holding numerous town halls and forums throughout his district. I share his desire and commitment to serve our shared communities through accessibility, listening and understanding. There is a great deal of work ahead of us to recover from the COVID-19 pandemic, and Rep. Delgado understands the difficulties we face. I am ready to work with him as we develop solutions to these challenges.”

Buttermann served on the Oneonta School Board from 2014 through 2020, the Oneonta Planning Board, the Opportunities for Otsego Board of Directors and is an adjunct instructor in business administration at Hartwick College. He is running on the Democratic Party line.

The 121st Assembly District comprises Madison County and parts of Oneida and Otsego counties. More information about Buttermann is available at buttermannforassembly.com, facebook.com/ButtermannForNY121, and on Instagram at buttermann2020.