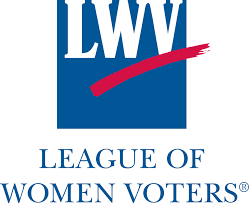 Corey Mosher is on the ballot but has ended his campaign.

The Assembly seat is held by Salka.

Using the Zoom webinar platform, the two Leagues have planned a forum that will be conducted using standard debate formats. This will include opportunities for candidates to make introductory statements and to answer questions emailed from those viewing the virtual Zoom debate. Up to 500 viewers can connect to the debate using a Zoom link that will be provided on the Cooperstown and Oneonta League of Women Voters websites at lwvcooperstownarea.org and lwvoneonta.org.

The 121st Assembly District includes all of Madison County, the southern portion of Oneida County and the majority of towns in Otsego County, including the city of Oneonta and the villages of Richfield Springs and Cooperstown. Members of the state Assembly pass bills on public policy matters, set levels for state spending and work with the Senate and the governor to create laws and establish a state budget.

Members of the public can join the meeting using the link posted on the Facebook and website pages for both local Leagues. Everyone attending the debate will be able to see and hear the statements, questions and responses, but only the candidates, media representative and the moderator will be seen and heard on the screen. Members of the public may submit questions for candidates before or during the debate by emailing forumquestions@lwvcooperstownarea.org.

Senders must include their names, where they live and which candidate(s) the question is for; these questions will be reviewed and vetted by the League before being posed by the debate moderator.

Visit the League’s online voters’ guide at VOTE411.org to learn about the races and compare the candidates and to develop your personal ballot. The League of Women Voters, a nonpartisan nonprofit organization that encourages voter participation, has also instituted a hotline for voters in the 2020 elections. Text VoteNY to 474747 to receive up-to-date notices on changes in the elections.

For more information on the debate, contact Tom Pullyblank, Voter Services Chair of the League of Women Voters, Cooperstown Area at tompullyblank@gmail.com.