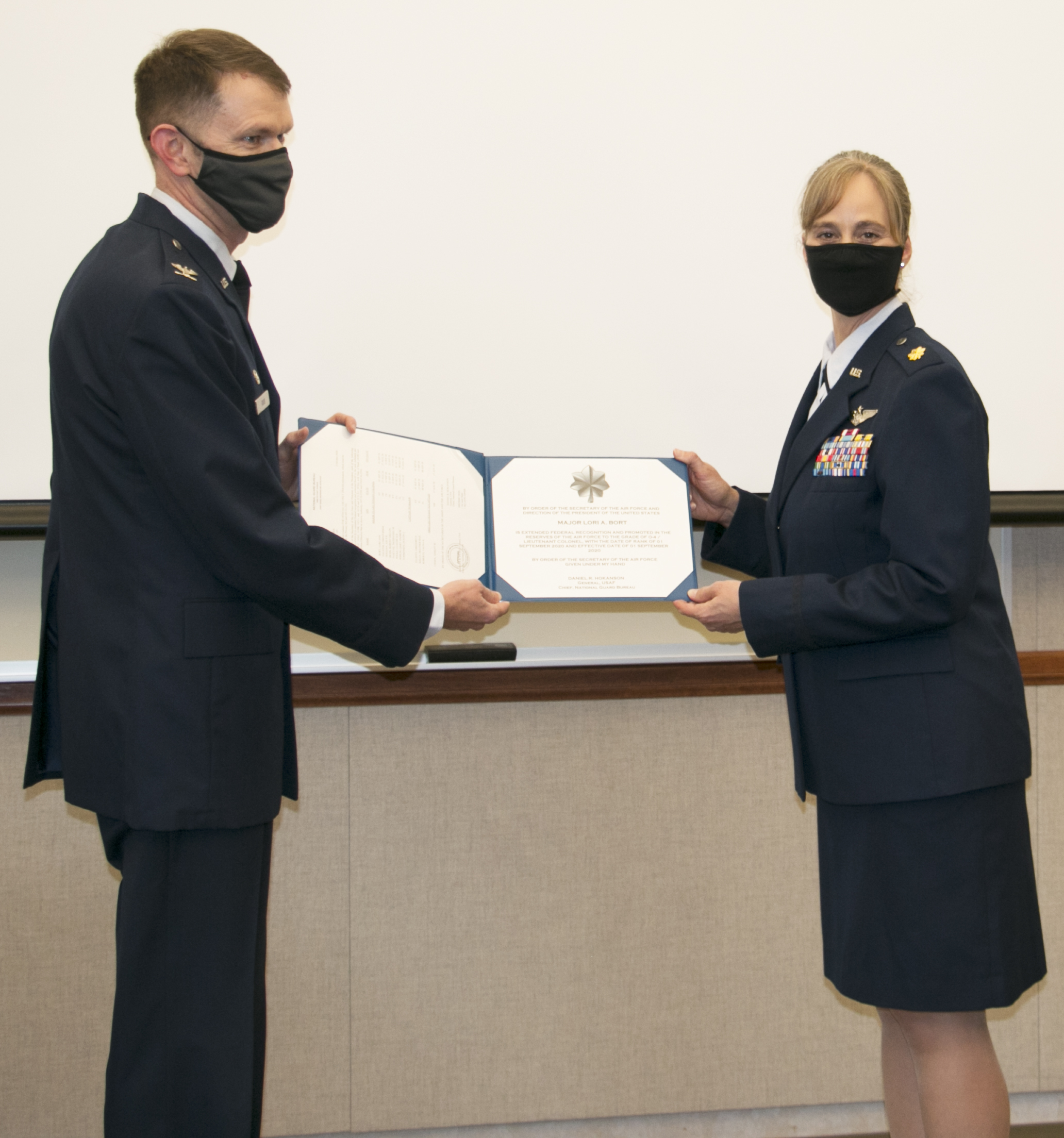 Major General Raymond F. Shields, the Adjutant General for the State of New York, announces the recent promotion of five officers at the New York Air National Guard’s 224th Air Defense Group in recognition of their capability for additional responsibility and leadership.

Promoted officers, identified by their new rank, include Lt. Col. Lori Bort of Chittenango. Bort is an air battle manager with the 224th Air Defense Squadron.

The 224th ADG is composed of the 224th Air Defense Squadron and 224th Support Squadron, located in Rome, and Detachment 1 and Detachment 2 that serve in the Washington, D.C. area. The 224th ADG provides the forces to conduct the Eastern Air Defense Sector’s mission. Part of the North American Aerospace Defense Command, the Sector is responsible for the air defense of the eastern U.S.

Air National Guard promotions are based on overall performance, attitude, leadership ability and development potential. These promotions additionally recognize the best qualified Airmen and attract and retain the highest caliber Citizen Soldiers for a career in the New York Air National Guard.