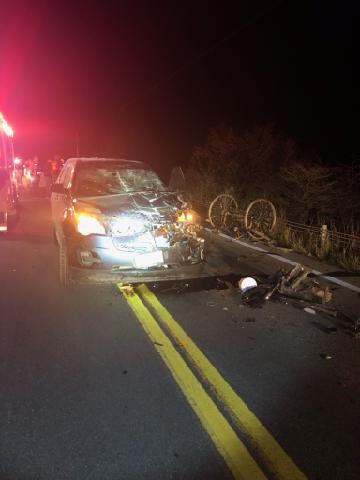 State police in Morrisville are investigating a fatal crash that occurred Nov. 10, 2020, on State Route 26 in the town of Georgetown, Madison County.

The operator of the buggy, 17-year-old Rudy M. Hershberger of Earlville was ejected and subsequently landed on the eastern shoulder of the roadway. He was transported to Hamilton Community Memorial Hospital, where he was pronounced dead.

The vehicle operator, 19-year-old Taylor J. Manwarren of Eaton was not injured in the crash. She was tested for any alcohol or drug impairment, which were both negative.