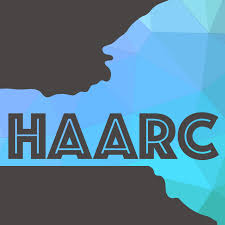 The Police Reform Committee of Madison County has failed at following the governor’s executive order for police reform. The Hamilton Area Anti-Racism Coalition submitted a statement to the Madison County Board of Supervisors outlining the ways in which the county is not following the mandate.

“In our statement, we highlighted the seven most glaring problems,” said Julie Carlson of HAARC. “To name a few, none of the committee members has expertise in police reform and none of them has expertise examining racial inequity. They have also done a terrible job engaging the community.”

“They need to add key stakeholders to the committee who are experts in racial equity, effective in community engagement and, most importantly, people who are most impacted by negative police practices,” said John Bailey of HAARC. “The governor’s office made it easy; they published a guide that walks communities through this process, and the county is not using it.”

Localities all over the state are taking on police reform as mandated by Governor [Andrew] Cuomo’s Executive Order 203. This was made in response to the rise in protests that occurred following George Floyd’s murder. The order calls on local governments to work with the community to create a police reform plan. The order states that “urgent and immediate action is needed to eliminate racial inequities in policing, to modify and modernize policing strategies, policies, procedures and practices, and to develop practices to better address the particular needs of communities of color to promote public safety, improve community engagement and foster trust.”

HAARC will submit another statement and make comments at the upcoming police reform meeting Dec. 16, 2020.