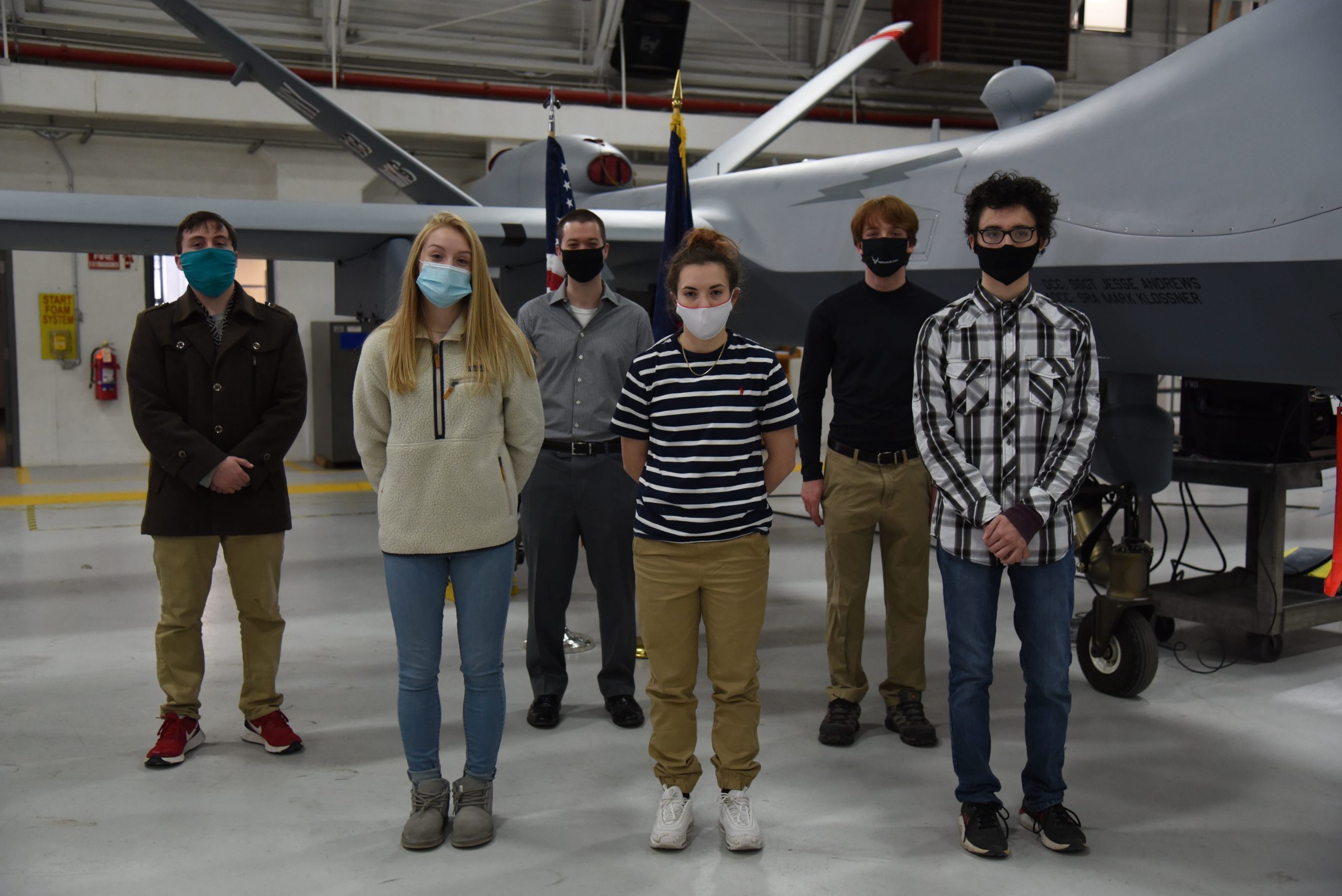 Col. William McCrink, III, the commander of the 174th Attack Wing, administered the oath of enlistment to the six recruits.

“Administering the oath is an honor because it is such a big day for those individuals,” McCrink said. “This is the start of their military service and career.”

Joining the Air Guard is a great way to lay a foundation for the future, Senior Airman Trayvon Wynn, a 174th Attack Wing recruiter, told the new Airmen.

One hundred people took advantage of the Feb. 5 career fair to learn more about the New York Air National Guard.

Brian Steinfeld, a Baldwinsville resident and a prior-service Marine, enlisted for the personnel management career field.

The 174th Attack Wing, based at Hancock Air National Guard Base in Syracuse, conducts combat missions with the MQ-9 remotely piloted aircraft, trains MQ-9 aircrew and maintenance personnel and trains airmen who deploy worldwide in a number of Air Force career fields.