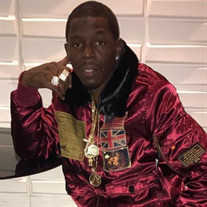 In an effort to engage the public and develop information in assisting with major investigations, the Utica Police Department is starting a campaign to highlight open/unsolved homicides in the city.

This will be an on-going series, but will begin this week with some of the more recent incidents, including Eugene Aviles, Molik Liggins, Mark Peak, Todd Rodgers and Theodore Talerico.

On Nov. 22, 2019, at approximately 7:50 p.m., Utica police were dispatched to the 1600 block of Miller Street regarding a report of gunshots. Almost immediately, other units came upon a vehicle that had pulled the side of the road on James Street near High Street.

Todd Rodgers, 33, of Utica, was found in that vehicle, having suffered a gunshot wound; he tragically succumbed to his injuries soon after arrival at St. Elizabeth’s Hospital.

The Utica Police Department Major Crimes Unit has continued an open dialogue with Rodgers’ family and has been diligently investigating any lead that has come in. The investigation has progressed; however, we need assistance to bring the responsible parties to justice to solve Utica’s only shooting homicide of 2019.

Police are looking for information on these cases in an effort to bring these cases to a successful resolution for the families, the community and the department.