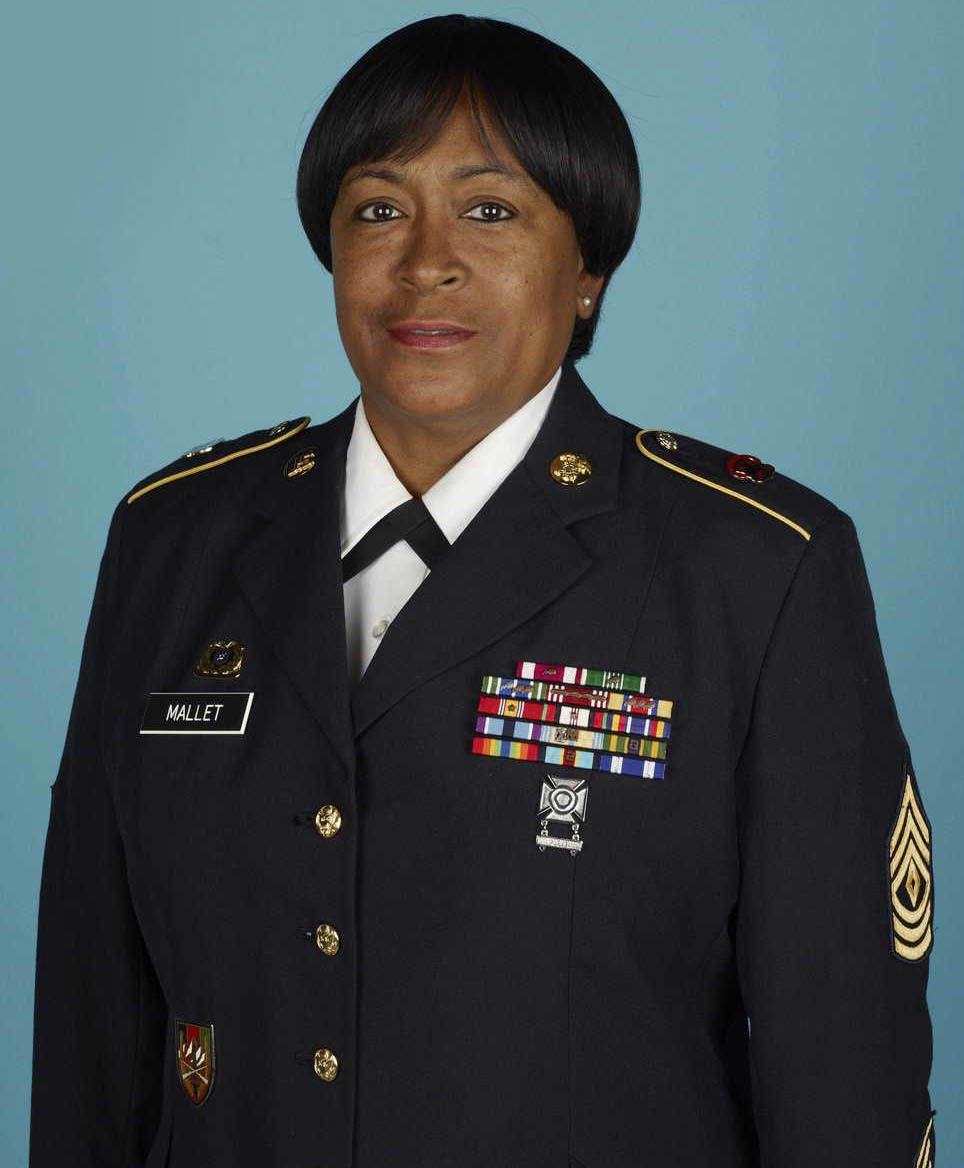 New York Army National Guard Command Sgt. Major Debora Mallet of Syracuse, a veteran of the Afghan War, took over as the senior enlisted leader for the 642nd Aviation Support Battalion during a ceremony in Rochester March 20, 2021.

Mallet will serve as the senior enlisted advisor to the battalion’s commander, responsible for training and issues which effect the battalion’s enlisted soldiers. In that role, she is one of the commander’s critical advisors.

The 642nd Aviation Support Battalion is headquartered at the Army National Guard’s flight facility at the Greater Rochester International Airport and has elements in Dunkirk and Olean and on Long Island in Ronkonkoma.

In 2020, she deployed to Kuwait with the New York Army National Guard’s 42nd Infantry Division. She served as the non-commissioned officer in charge of supply and services for the division. The division headquarters, based in Troy, served as the command element for Task Force Spartan, the 10,000-soldier Army component in the Middle East.

She deployed to Afghanistan in 2008 as part of the 27th Infantry Brigade Combat Team.

Mallet was also part of the response to the attacks of Sept. 11, 2001, in New York City, where she was part of a team securing bridges and tunnels in the city.