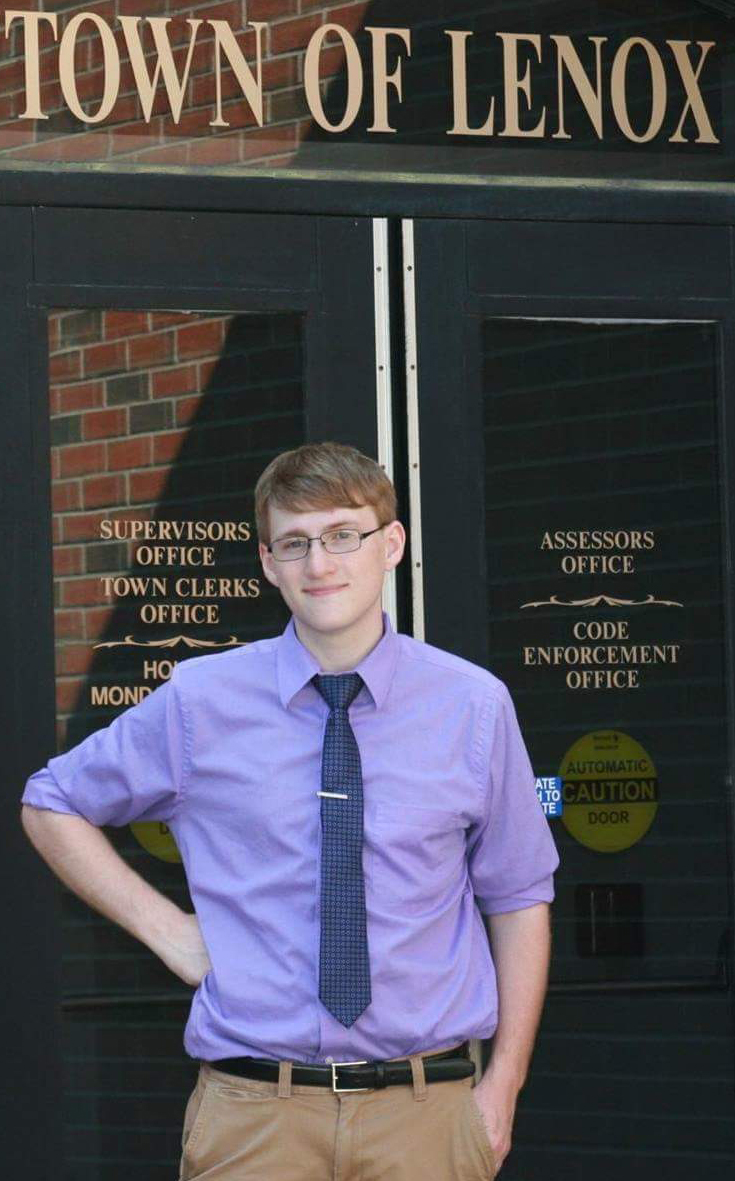 Scott Blanchard announced his candidacy for Lenox Town Council at the April Town Board meeting. Blanchard, a lifelong resident of Canastota, is an English teacher for the Utica City School District and a member of the Canastota Recreation Commission.

“I’ve been teaching English in the Utica City School District for three years,” Blanchard said. “I’ve also been a member of the Village Recreation Commission, representing the town for going on four years now, where I’ve helped plan and facilitate events and programs to enrich the community.

“Community is very important to me – this town made me who I am today, and I want to work hard to keep it a great place to live. As a representative, I want to keep our government accessible, transparent and accountable to our great community and all the hard working families in it.”

Blanchard graduated from Canastota High School in 2012, earned a bachelor’s degree in English from SUNY Geneseo in 2016, and earned a master’s degree in literacy education in 2018. The Democratic Party and Working Families Party have endorsed Blanchard as their candidate for Lenox Town Council, and he will be seeking support from voters of all parties in the coming months.