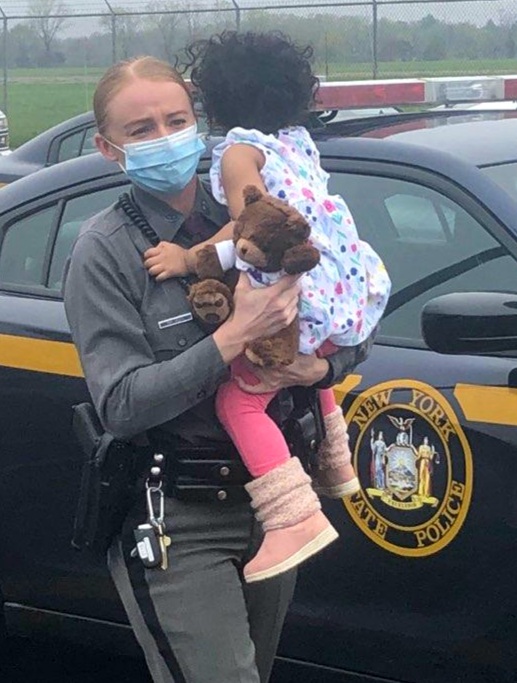 On May 4, 2021 at approximately 10:30 a.m., state police received information to be on the lookout for a 2013 gold Chevrolet Equinox bearing Minnesota plates, traveling on the New York State Thruway.

The operator, Amina Mohamed, 27, of Minneapolis, Minn., was reported to be involved in an alleged kidnapping of her 2-year old sister Nasteha Mohamed.

Law enforcement pinged Amina Mohamed’s cell phone, which was located in the area of I-90, mile marker 328, near Exit 42-Geneva. Approximately 10 minutes later, state police observed a vehicle speeding on I-90 eastbound near Exit 40 (Weedsport), in the town of Brutus, Cayuga County.

The speeding vehicle matched the description and plate number provided in the BOLO, and a traffic stop was initiated in the town of Elbridge, Onondaga County.

Amina Mohamed was taken into custody. Nasteha Mohamed was also located in the vehicle and appeared to be in good health. The investigation continues.

State police, in conjunction with the Onondaga County District Attorney’s Office, McMahon Ryan Child Advocacy Center and Onondaga Child Protective Services, are caring for the child until arrangements can be made to return her to her mother.