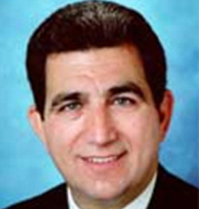 Assemblyman William Magnarelli, D-Syracuse, Geddes and Van Buren, announced the passage of legislation (A6968) allowing military personnel, their spouses and dependents to keep their home state driver’s license while stationed in New York.

The bill was introduced at the request of the U.S Department of Defense.

Under current law, anyone who remains in New York after 60 days must apply for a New York state driver’s license. This can be a burden on military personnel stationed in the state who wish to keep their home state license for residency purposes. Being forced to change their license jeopardizes their voting status and benefits like in-state tuition.

New York is only one of 10 U.S. jurisdictions that has such a requirement.

“Our military members and their family sacrifice much for the safety of our country,” Magnarelli said. “As a state, New York should be doing what it can to make their lives easier while stationed here. This bill will relieve them of one the burdens that comes with moving to a new station.”

The bill now goes before the state Senate for consideration.