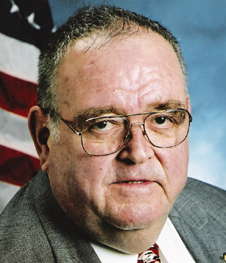 Assemblyman John Salka (R,C,I,-Ref-Brookfield) is proud to announce his bill (A.6175-B), which designates a portion of State Route 13 in Madison County as the “Assemblyman William ‘Bill’ Magee Highway,” passed the Assembly June 3, 2021. Magee represented the 121st Assembly District from 1991-2018 and died in December 2020.

“It is truly an honor to designate this portion of highway in Bill Magee’s name,” said Salka. “Bill Magee was a strong advocate for education, healthcare and our farmers throughout New York state. This bill memorializes Bill Magee’s legacy; I couldn’t be more proud to see it pass the Assembly.”

Assemblyman John Salka represents the 121st Assembly District, which encompasses all of Madison County and portions of Oneida and Otsego counties.

More arrests made after multiple overdoses in Sylvan Beach