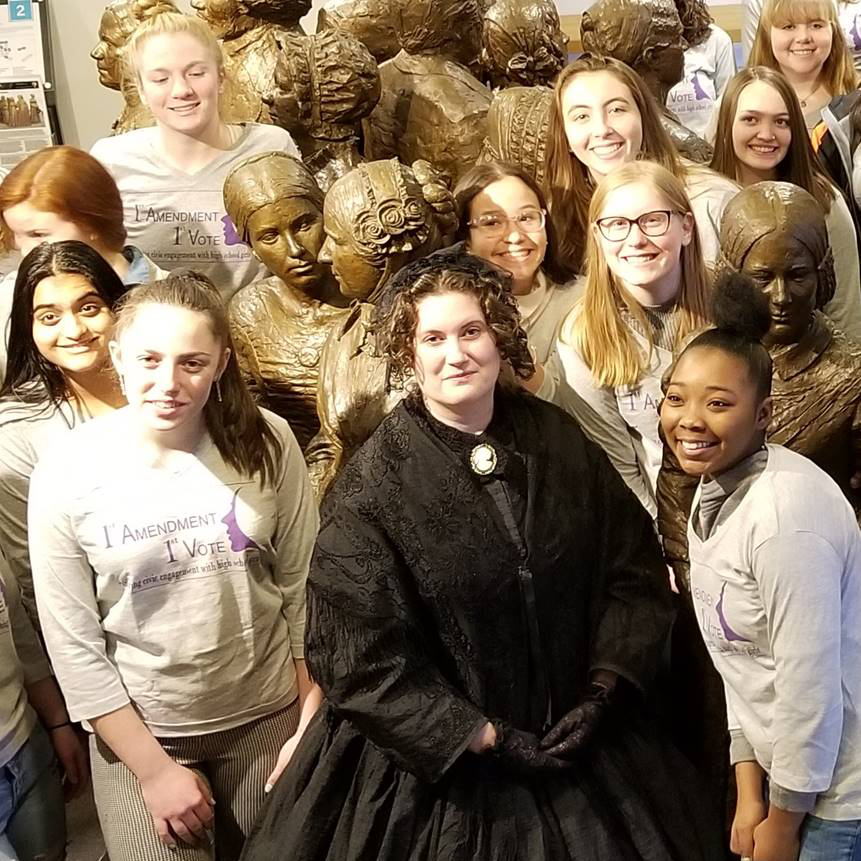 The Erie Canalway National Heritage Corridor, in partnership with the National Park Foundation and WCNY-TV, announced the premier showing of Floating Ideas: How the Erie Canal Helped Shape America 9 p.m. June 29, 2021, on WCNY-TV. The half-hour documentary airs again at 1 p.m. July 4 on WCNY-TV and premieres on YouTube July 6.

Floating Ideas: How the Erie Canal Helped Shape America examines the spread of ideas along the Erie Canal, with an emphasis on women’s rights, suffrage and the quest for social justice.

“The struggle began two centuries ago, but is just as relevant today,” said Bob Radliff, executive director of the Erie Canalway National Heritage Corridor. “Although the Preamble of the Constitution begins with ‘We the People of the United States,’ expanding who ‘we’ means to include women, Native Americans and people of color has been a long and enduring fight. Floating Ideas explores the Erie Canal’s role in shaping the narrative and expanding our national identity.”

The film threads together movements to end slavery and secure women’s right to vote. Themes include the influence of the Haudenosaunee on suffragists like Elizabeth Cady Stanton and Matilda Joslyn Gage, the women left out of the suffrage narrative who faced voting barriers despite the passage of the 19th Amendment and expanding opportunities for women today.

Erie Canalway National Heritage Corridor received a National Park Foundation Women in Parks grant to support to the creation of the film.

“This film details how the Erie Canal was an information highway, moving people and their change-making ideas throughout the country,” said LaTresse Snead, chief program officer at the National Park Foundation. “The National Park Foundation and our donors are committed to elevating more perspectives about the multifaceted history of the United States through national parks, including women who broke the norms traveling alone along the Erie Canal to gather and organize around their vision of equality, dramatically impacting the world as we experience it today.”

“The National Park Service tells the stories of diverse women at parks, historic sites and heritage areas across the nation,” said Ella Wagner, 250th Commemorative Fellow, National Park Service, Cultural Resources Office of Interpretation and Education. “This exciting documentary project shares that dynamic history of the Erie Canal with an even wider public.”

“The Erie Canal is something New Yorkers and beyond so often take for granted,” said New York State Canal Corporation Director Brian U. Stratton. “A revolutionary feat of engineering built by many New Yorkers before us, the Canal and its banks hold stories of our nation’s journey to self-discovery and its struggle for equality. Just as goods and travelers passed through its waters, so too did the fight of women’s rights, suffrage and the quest for social justice. Floating Ideas provides New Yorkers with an inside look at that journey and how this historic waterway helped shape our nation’s identity for decades to come.”

“WCNY welcomed the opportunity to work with the Erie Canalway National Heritage Corridor to produce and broadcast this story about the Erie Canal’s role as an information highway transporting ideas that transformed a young America,” said Mitch Gelman, president and CEO of WCNY in Syracuse. “WCNY looks forward to sharing the program with our viewers and PBS viewers across the state and beyond.”

The documentary was produced by WCNY Public Media for the Erie Canalway National Heritage Corridor with funding support from the National Park Foundation, the National Park Service and the New York State Canal Corporation.