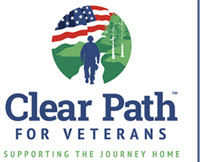 Clear Path for Veterans recently announced the appointment of Christopher Flaherty as the organization’s first director of national expansion. Flaherty served seven years on the board of directors and recently held the position of board chair.

Flaherty first arrived at Clear Path in October 2011 when the mother of Army Sergeant Eddie Bolen, one of Clear Path’s inspirations, invited him to the Chittenango facility. He never left. Flaherty helped start the Veterans’ Advisory Council later that year then joined the board of directors in 2013, serving as board chair since 2015. After more than 27 years on active duty in the Navy, Flaherty is ready to further the Clear Path mission of serving his fellow Veterans.

“Under the Clear Path model, not only do veterans and their families thrive, but just as importantly, so do their communities,” Flaherty said. “I can think of no more consequential mission than to introduce this model to veterans and communities near and far.”

This position builds on the work started by the former CEO of Advancement and Strategy Bill Smullen and is charged to develop partnerships and opportunities that promote the Clear Path model nationally.

Cindy Boyd succeeds Flaherty as chair of the Clear Path board of directors.

“It is a great honor to be chosen to serve as the Clear Path for veterans chairwoman,” said Boyd. “I am incredibly proud of Clear Path, its mission, its dedicated volunteers and staff, many of whom are veterans, who provide individualized direct services to veterans and their families.”

“I look forward to working with the board of directors, Executive Director Alexander Behm and Director of National Expansion Christopher Flaherty to continue to provide best-in-class services here locally while also bringing the Clear Path model to communities across this great country.”

“Clear Path is grateful and excited to have both Chris and Cindy continuing to support our mission in their new roles,” said Behm. “They are a true testament to service after service.”