GUEST COLUMN: ‘The Third Mrs. Galway’ is a remarkable book 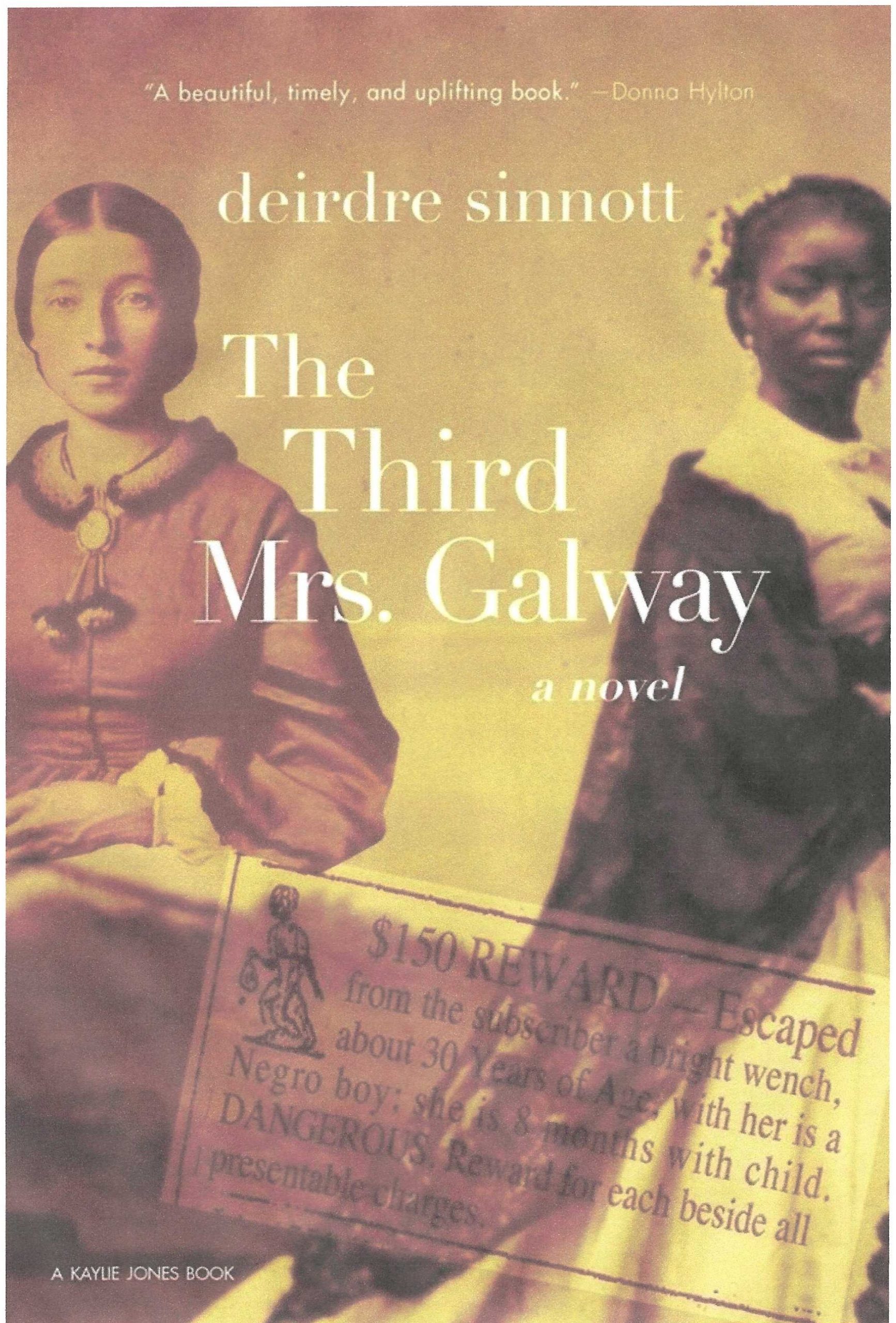 Donald Meinig, a geographer who taught at Syracuse University for many years, once said that “History is place.” In Deirdre Sinnott’s compelling work of historical fiction, “The Third Mrs. Galway,” which debuted July 6, 2021, from Kaylie Jones Books, that place is 1835 Utica.

Abolitionists were preparing for the organizational meeting of the New York State Antislavery Society. Anti-abolitionists plot to prevent them from doing so. In October 1835, the anti-abolitionists, many of them “gentlemen of property and standing,” inspire an attack upon the abolitionists who have assembled in Utica’s Bleecker Street Presbyterian Church.

Gerrit Smith, though still supporting the American Colonization Society, is present. Enraged by the mob’s assault upon the right to free speech and assembly, Smith invites the abolitionists to “come to Peterboro” to complete the work of establishing the New York State Antislavery Society.

This story may be well-known to many of us, but never has an author as gifted as Sinnott given us so rich a tapestry of historical context. Yes, “The Third Mrs. Galway” is a work of historical fiction, but interwoven with characters Sinnott has invented to demonstrate the moral struggle, personal and public, over the enslavement of African Americans, are individuals such as Gerrit Smith, Beriah Green, Alvan Stewart and David Ruggles, all of whom walked Utica’s streets.  Sinnott is so talented a writer that she makes the reader believe that the Erie Canal is itself an embodiment of the struggle between freedom’s advocates and those who would deny African Americans, free and enslaved, the right to decide their own destiny.

Without revealing too much about the plot of Sinnott’s book, a captivating read to the very end with many surprises along the way, one can say that the story begins by focusing on two freedom-seekers, a mother and son, hiding in a shed behind the Utica mansion of Augustine Galway, a widower and wealthy supporter of the American Colonization Society. The much-younger Helen Galway (formerly Miss Helen O’Connell and a resident of Miss Manahan’s Female Institute), newly married to Augustine, discovers Imari, the mother, and Job, her youthful son.

As the story unfolds, many other characters come on stage, each of them so vividly portrayed by Sinnott that the reader comes to believe that they, too, walked Utica’s streets, as did the likes of lawyer Alvan Stewart and Beriah Green, abolitionist and president of the Oneida Institute. There are slave-catchers, a lecherous and alcoholic doctor who attends to Augustine and preys upon Helen, Quakers seeking to aid the runaways, Maggie who has worked in the Galway house for many years and – though free – has a past full of trouble and sorrow; Pryce Anwell, a young man who is attracted to Helen despite her being married to the older Augustine Galway and so many others of interest. They are in the story not as embellishments to the historical narrative, but to validate the axiom that history may be place and time, but it is also always personal.

Great moral struggles take place amidst the drama of ordinary lives, filled as they are with passions and consequences that the individuals may not themselves fully understand.

Sinnott will present on her book at 2 p.m. Sunday, Aug. 29, 2021, at the National Abolition Hall of Fame and Museum, 5255 Pleasant Valley Road, Peterboro. The public is encouraged to attend this free program. For more information, visit NationalAbolitionHallofFameandMuseum.org or nahofm1835@gmail.com, 315.684.3262.