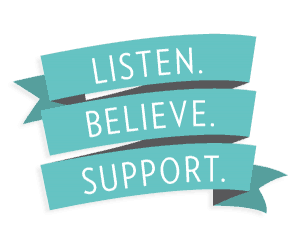 All are invited to stand in solidarity with those who have experienced sexual assault by Catholic clergy and with all victims of sexual violence as St. Mary’s Church in Hamilton dedicates a perpetual memorial to promote healing and a commitment to change.

“Unless they’re taking us to court, we don’t acknowledge their existence,” said Colgate University professor R.M. Douglas, explaining that is how the Catholic Church has historically reacted to victims of rape and sexual assault.

A group of Catholic laypeople, the Sexual Assault Response and Prevention team of Hamilton, of which Douglas is a founder-member, is aiming to do something about it. In early October, SARP will be dedicating a permanent memorial to those who have suffered sexual violence at the hands of the Catholic clergy, and to all victims of sexual assault, in the grounds of St. Mary’s Church in Hamilton.

The memorial, an obelisk in Vermont granite, will be one of a tiny handful in existence.

“We’ve looked into this,” said SARP member Dr. Bud Ballinger, a forensic psychologist who works professionally with sex offenders, “and we know of only three others in the United States. The Bishop of Kansas City promised to build one five years ago, but not much seems to have happened there. Australia has a small memorial and Belgium another—and that just might be it. I think it’s safe to say that there are fewer than a dozen of these anywhere in the world.”

Local parish priest the Rev. Jason Hage said that has to change. He said supporting victims of sexual violence is the duty of every Catholic and part of the Church’s mission to uphold the human dignity of all people. The problem, he said, is one that Christians, if they are to be true to their calling, are not entitled to ignore.

Though Hage is one of SARP’s most enthusiastic supporters, he isn’t himself a member.

“This is work that only lay people can do,” said SARP’s Dr. Jennifer Meyers, a Hamilton pediatrician and Catholic convert. “All of SARP’s members are committed Catholics and parents of children. Some of us work professionally in the field of sexual assault. Some are themselves victims of clerical sexual assault. We’re deeply committed to fixing this problem, and it has to be fixed from the grass roots upwards.”

The memorial is only a single step in that process, according to Professor Margaret Wehrer, a former Benedictine nun who is herself a survivor of sexual violence at a priest’s hands.

“But it’s an important one,” Wehrer said. “For centuries, Christians have kept victims invisible, and sad to say, we’re still doing it. That’s why we wanted the memorial to be out in the open, not hidden inside the church building.

“Firstly, for people whose perpetrators were clergy, it can be very difficult to go inside a church. But secondly, we’re hoping to reach people in the community who have never thought about sexual assault and suggesting to them that they might, because the victims are all around us.”

That’s a point emphasized by Rebecca Shiner, a Colgate psychologist.

“This memorial isn’t just for people harmed by priests or nuns,” she said. “It’s for everyone—women and men—whose lives have been affected by rape and sexual assault. It’s for families and friends of survivors who also have to carry a burden. And it’s a visible symbol –a promise, if you like – that as Catholics, we’re committed to doing things differently in the future.”