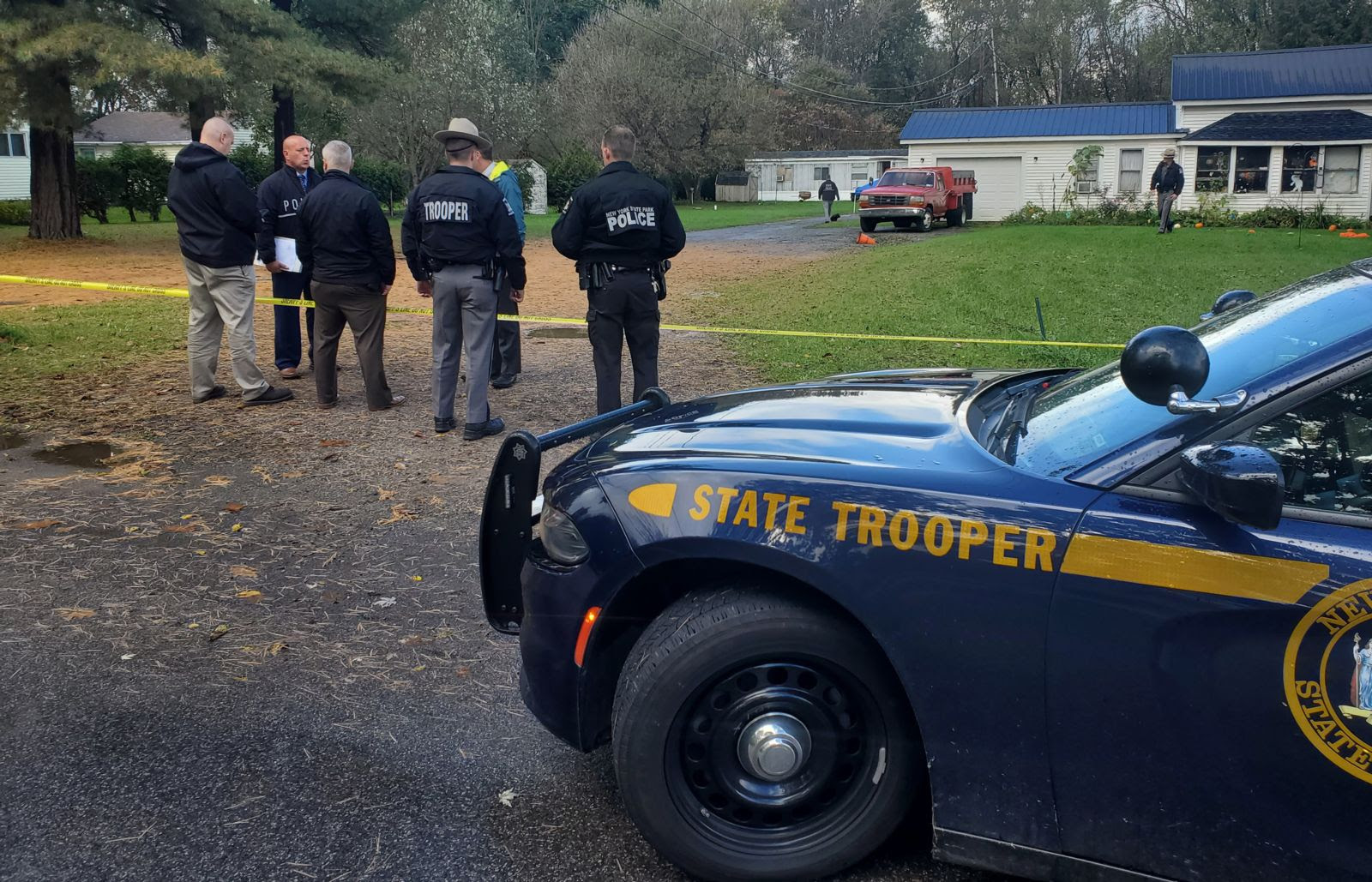 On Oct. 18, 2021, at 11:52 a.m., state police were dispatched to 5959 Old Oneida Road in Rome’s outer district to check the welfare of a person who was standing at the edge of his driveway and appeared to be covered in blood.

When troopers arrived, they located a male, later identified as Kyle Kirk, with blood on his clothing.  As troopers and EMS were interviewing Kyle Kirk, 30, they discovered a male lying across the driveway suffering from apparent stab wounds.  The victim was identified as 60-year-old Howard J. Kirk, III, who resides at the residence in the trailer located in the rear of the property.

Howard J. Kirk, III, was pronounced deceased at the scene.

As troopers began to check the trailer for any other victims inside, they discovered a female, later identified as 53-year-old Amanda L. Osborne, who also resides at the residence, deceased from apparent multiple stab wounds.

Kyle J. Kirk was charged with two counts of first-degree murder, a class A-1 felony; and a single count of third-degree criminal possession of a weapon, a class D felony.