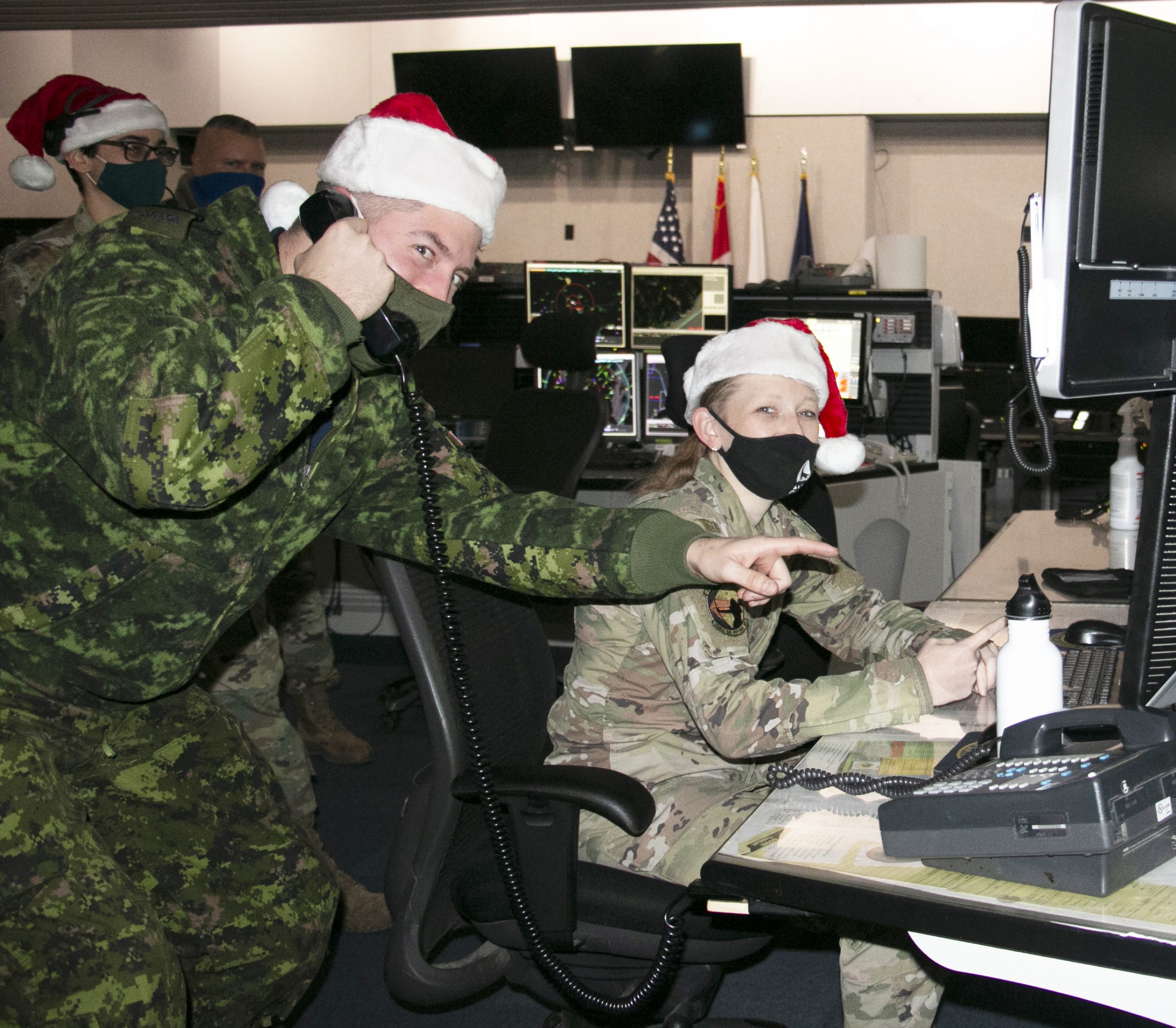 “We’re delighted to support NORAD’s Santa tracking operations,” said Col. Paul M. Bishop, EADS Commander. “I can assure everyone that EADS will do everything in its power to assist Santa with his critical mission.”

The official NORAD Tracks Santa app is also in the Apple App and Google Play stores, so parents and children can count down the days until Santa’s launch on their smart phones and tables. Tracking opportunities are also offered through social media on Facebook, Twitter YouTube and Instagram, as well as on partner platforms Bing, Amazon Alexa and OnStar.

Starting at 4 a.m. EST Dec. 24, website visitors can see updates as Santa makes preparations for his flight. Then, at 6 a.m. EST, children and parents can call to inquire about Santa by dialing the toll-free number 877-Hi-NORAD (877.446.6723), where they will either speak to a live phone operator or hear a recorded update.

Due to COVID concerns, the NORAD Tracks Santa Operations Center will have fewer phone operators, so callers who not reach a volunteer with hear a regularly updated recording as to Santa’s current location.

Anytime Dec. 24, Amazon Alexa users can ask for Santa’s location through the NORAD Tracks Santa skill for Amazon Alexa and OnStar subscribers can press the OnStar button in their vehicles to located Santa. Santa trackers can also use the Bing search engine to learn of Santa’s location.

Tracking Santa has been a tradition since 1955 when a local newspaper advertisement informed children they could call Santa directly – only the contact number was misprinted. Instead of reaching Santa, the phone rang through to the crew commander on duty, U.S. Air Force Col. Harry Shoup, at the Continental Air Defense Command Operations Center, the predecessor to NORAD. Shoup was quick to realize a mistake had been made and assured the child he was Santa. Shoup then assigned a duty officer to continue answering calls. Thus, a holiday tradition was born, which NORAD has carried on since it was created in 1958. Each year since NORAD has reported Santa’s location Dec. 24 to millions of children and families around the world.

A bi-national Canadian and American command, NORAD’s top priority is the defense of North America. NORAD employs a network of space-based, aerial and ground-based sensors, air-to-air refueling tankers and fighter aircraft on alert, controlled by a sophisticated command and control network to detect, deter and defend against aerial threats that originate outside or within North American airspace.

EADS is located at the Griffiss Business and Technology Park in Rome and is part of the Continental U.S. NORAD Region-1st Air Force (CONR-1AF), which is located at Tyndall Air Force Base, Florida. Responsible for the air defense of the eastern U.S., EADS is composed of the New York Air National Guard’s 224th Air Defense Group, a Canadian Forces detachment, U.S. Army and Navy liaison officers, federal civilians and contractors. EADS also has two detachments in the National Capital Region.