May inducts Price into the state Veterans Hall of Fame 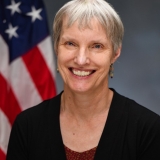 “It is an honor to recognize Sergeant First Class Ruby Dawn Price with her induction into the New York State Veterans Hall of Fame,” said Sen. Rachel May. “Not only has she had an accomplished career in the military, recognized with multiple awards and serving more than three decades, but she’s also managed to raise two wonderful daughters and be a loving grandmother to six grandchildren. Congratulations, Sergeant First Class Ruby Dawn Price on all of your accomplishments.”

Price was born in Seaside, Calif. She is a single mother of two daughters and a grandmother of six. In 1989, she joined the Army to provide a better life for her daughters.

Price, 60, will retire with just more than 30 years in the Army.

Price arrived in Syracuse in December 2011 from Conroe, Texas, due to a promotion, and she will finish her 30-year career in Syracuse. During her 29 active duty years in the military, Price has won numerous medals, including six Army Achievement medals, three Army Commendation Medals, 10 Good Conduct Medals for every three years of continuous active duty service, and two Command Sergeant Major coins for singing the national anthem at the change of command ceremonies.

In 2013 during the Wheel of Fortune Military Week, Price was second-place winner, winning the chance to tell her story on the show.

She immersed herself in the Syracuse community through her volunteer work with organizations like If We Eat They Eat, serving meals and distributing clothing items to those without residents, and being a guest volunteer judge for the Miss Syracuse Pageant.

Price has also been an avid member of the Gospel Music Workshops of America for more than 10 years; GMWA conducts citywide music workshops at local churches and organizations upon request.

Price’s message to her soldiers, family and friends is, “Each one reach one; you are the voice of the voiceless sometimes, and aspire to inspire before you expire.”