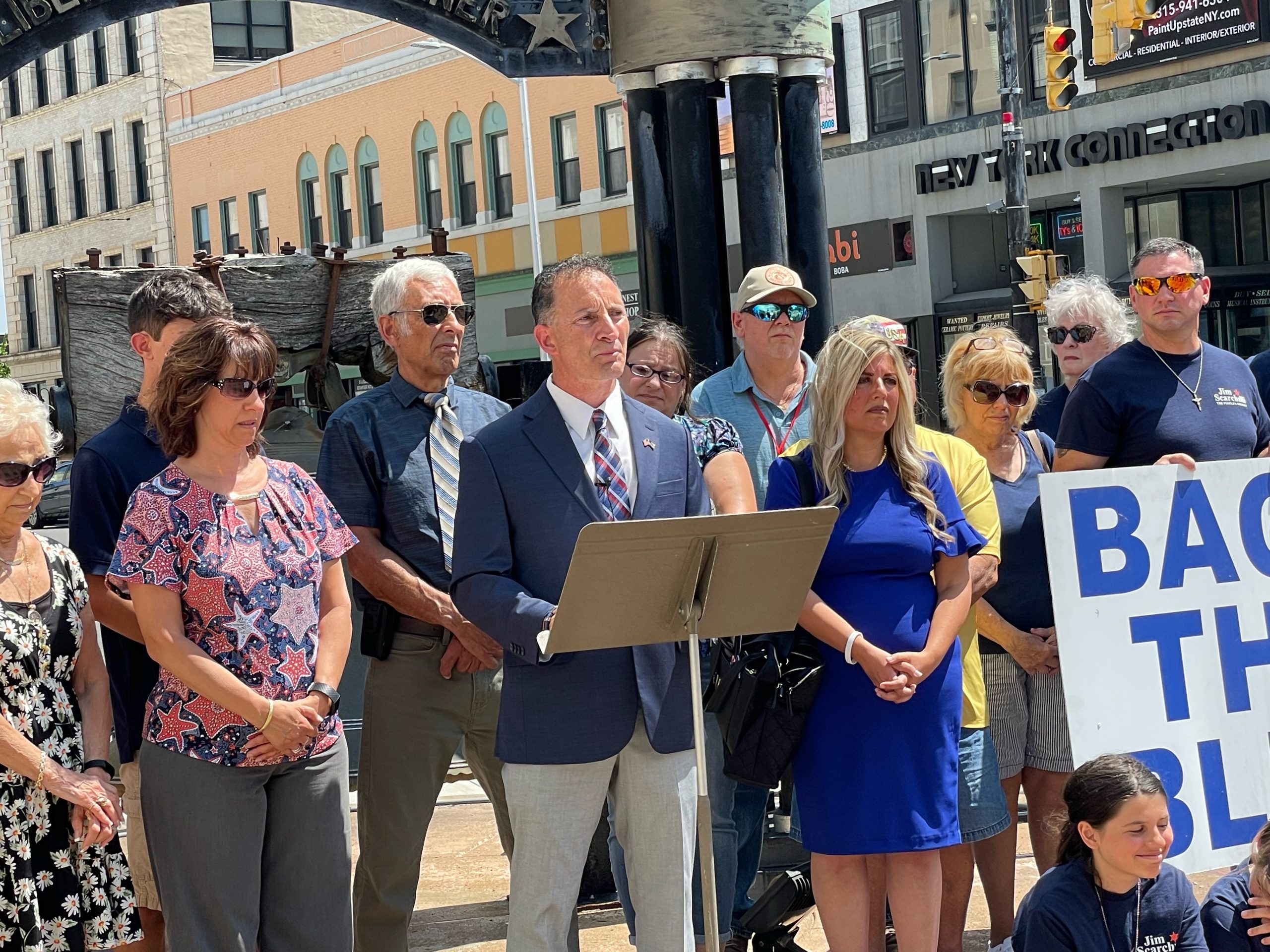 On Friday, Jim Scarchilli, candidate for Oneida County Sheriff, kicked off his campaign with family, friends and supporters at the Liberty Bell in Utica.

Scarchilli began his announcement by offering condolences and a moment of silence for the officers shot in Rochester.

“I’d like to acknowledge the two officers shot in a senseless shooting in Rochester last night,” Scarchilli said. “One officer lost his life, another is in critical condition. My thoughts and prayers are with their families.

“I decided to run because after serving in law enforcement for nearly 20 years I know how important the role of a sheriff is,” Scarchilli said. “I am not a career politician, nor should your sheriff be. My priorities will be safety for the citizens in the community without sacrificing the people’s Constitutional rights, safety for our employees in the department, rebuilding morale and restoring trust in our department, and listening to the employees and making sure their hard work is acknowledged.

“I will also work to ensure everyone is treated equally and fairly and that we have open lines of communication and transparency throughout the sheriff’s office. I look forward to meeting the residents of Oneida County and explaining my position to each and every one of them.”

A resident of Whitestown, Scarchilli made the ballot on the “We The People” line two weeks ago and will face incumbent Sheriff Rob Maciol in the general election Nov. 8.