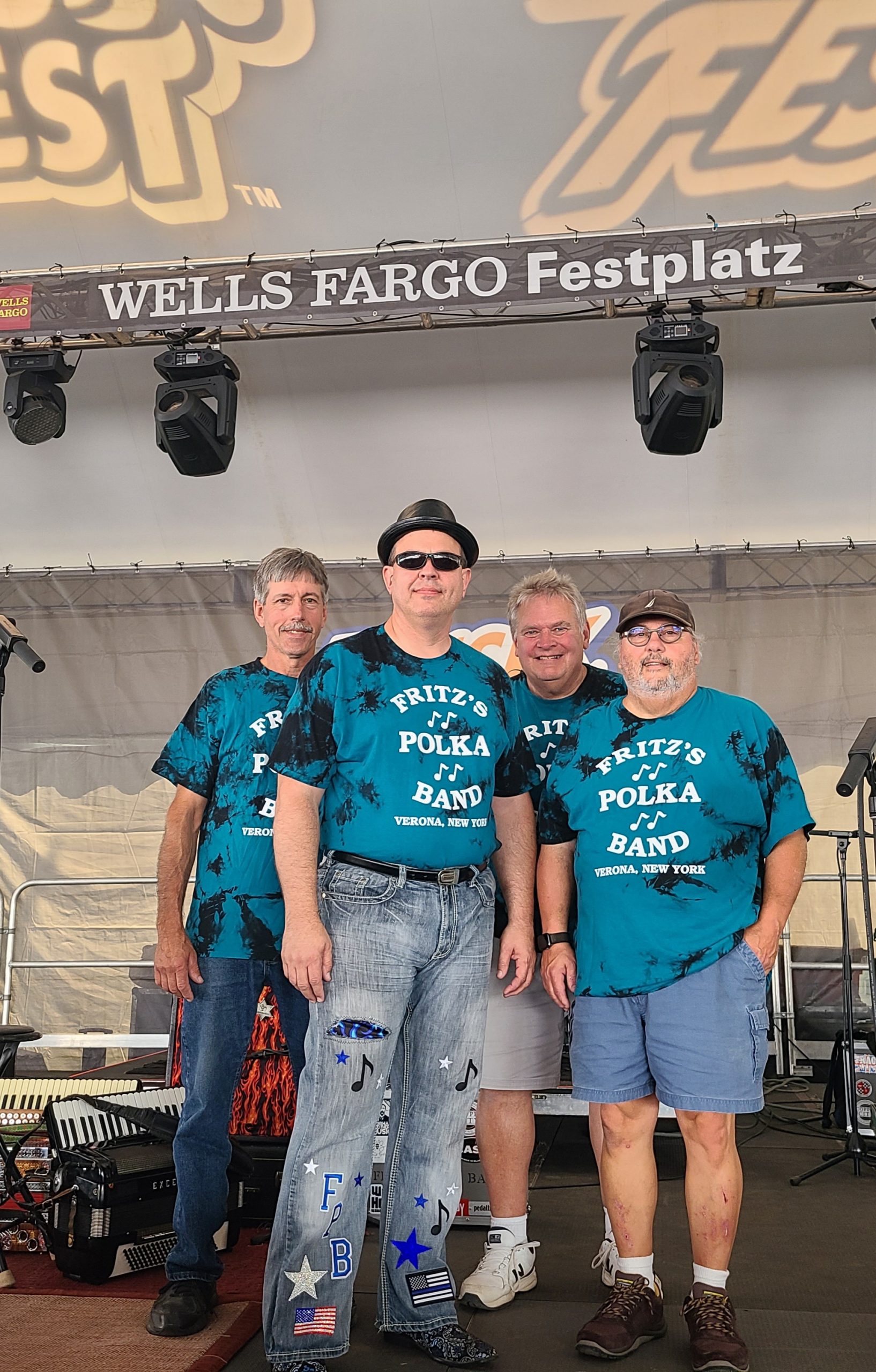 Fritz’s Polka Band of Verona returns to Musikfest in Bethlehem, Pa., Sunday, Aug. 7, and will perform on the Festplatz Stage at noon.

Musikfest is the largest free festival in the United States, as over 1.1 million people attended in 2021.
“The guys in Fritz’s Polka Band can’t wait to return to Musikfest for the eighth year in a row,” said bandleader Fritz Scherz. “Musikfest features so many different musical genres and the audience welcomes it, too. Playing at the largest free festival in the United States is a true highlight of summer for us! I’m so glad the promoters like my band’s eclectic musical style and I want to thank them once again for having my band return.”

Oct. 14, 2018 marked the 40th anniversary of Fritz’s Polka Band. FPB made history in 1999 by becoming the first polka band to play at a Woodstock Festival. FPB appears on “The Manchurian Candidate” DVD, released in 2004. In 2011, FPB had two songs (‘Grandparent’s Polka’ and ‘Here Is Fritz’s Polka Band’) included in two episodes of the TV show, ‘Breaking Bad.’ In November 2018, FPB released its 19th recording, “Hey!,” which featured Rocko Dorsey, Ron Keck and Todd Kerns (from Slash featuring Myles Kennedy & The Conspirators, TOQUE, Age of Electric and more) as special guests. In winter of 2019, FPB’s recording “Hey!” was nominated for a Syracuse Area Music Award. In autumn 2019, FPB was nominated for Band of the Year as well as New, Original Polka Song by the Cleveland-Style Polka Hall of Fame. Additionally, Fritz Scherz was nominated for Musician of the Year and Button-Box: Artist or Duo awards.