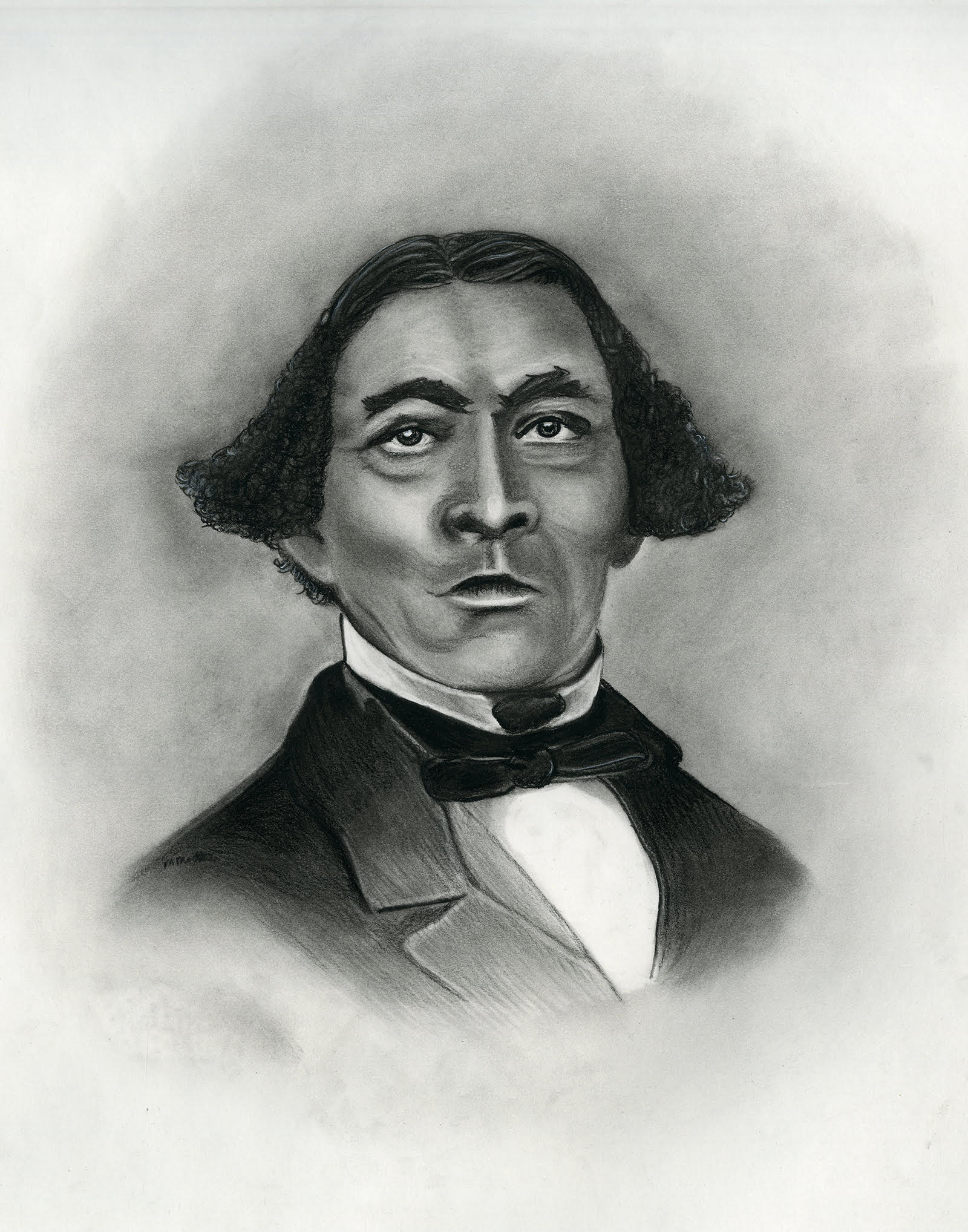 Stephen Myers will be inducted into the National Abolition Hall of Fame and Museum in Peterboro during Induction Weekend Oct. 21 to 23, 2022; the induction weekend for Myers, Robert Everett and Calvin Fairbank will go forward after being postponed twice due to COVID. Paul Stewart offered the following nomination for Myers on behalf of Underground Railroad History Project of the Capital Region, Inc.:

Stephen Myers was a Black activist in connection with the Underground Railroad and African American rights in general. He was born in New York state and raised in New York when it was a slave state working on progressive abolition. He was himself a person who had been enslaved in New York state. He wrote in the ‘Northern Star’ and “Freeman’s Advocate’ newspaper, for which he was the principal agent and key writer. As early as 1831, he was assisting fugitives from enslavement to make their way to Canada. He was also active in 1827 with a group of little-known significance called the Clarkson Anti-slavery Society. As time went on, he was involved in organizing and serving as a delegate to many of the Colored Men’s Conventions of the 1830s to the 1860s, working to secure African American rights. He was involved in voting rights campaigns through the NYS Suffrage Association, was involved in organizing a school, sued Albany Schools over segregation, organized an economic development project, visited refugees in Canada and recruited soldiers for the U.S. Colored Troops. He spoke around the country and shared the podium on many occasions with Frederick Douglass and other notables of the abolition movement. He was well known for organizing publications and newspapers for the cause of the African American community. Myers’ work with the Underground Railroad was assisted by New York City’s Sydney Howard Gay of ‘The National Anti-Slavery Standard.’ Additionally, Myers received fugitives referred to him from Philadelphia, New York and Boston. He was the father of five children. His wife Harriet Myers was a key element in his activism, as she maintained the home front while he was working Hudson River Steam ships as a steward, speaking around the country and attending meetings. His letters to Judge William John Jay in the 1850s offer unusual insight into the often-secret workings of the Underground Railroad in general and Albany in particular, revealing financial dealings, operations and donors. Myers died in 1870 after having been born and raised in enslavement, freed, crusaded against slavery and lived to see the 13th, 14th and 15th Amendments to the U. S. Constitution passed as a capstone to his life’s work.

Induction Weekend begins Friday, Oct. 21, at 7 p.m. with a Musical Tribute to Rev. Robert Everett with Welsh music and Everett poetry readings. At 10 a.m. Saturday, Oct. 22, there will be a guided tour of the Gerrit Smith Estate National Historic Landmark; at 11 a.m. the Hall of Fame and Museum will open, followed at 12:30 p.m. by the annual meeting of members of NAHOF.

The Abolition Symposia begin at 1:30 p.m. with a presentation on Rev. Robert Everett, followed by the Calvin Fairbank presentation at 2:30 p.m. The program for Myers at 3:30 p.m. will be presented by Paul and Mary Liz Stewart, researchers and founders of URHPCR. Paul Stewart is the author of this nomination. Mary Liz Stewart is the executive director of Underground Railroad History Project, which owns and manages the Stephen and Harriet Myers Residence in Albany.

At 5 p.m., the Peterboro United Methodist Church will serve a 19th century antislavery box dinner. At 7 p.m., the nominators of the inductees will publicly nominate each inductee with seconds accepted from the banner sponsors. Upon voting approval from the audience, the Hall of Fame Banners will be unveiled for each new inductee.

Sunday morning at 7:30 a.m. at the Canal Town Museum in Canastota, registration for the Abolitionist Freedom Walk will open. At 9 a.m., the landing of 104 delegates driven out of Utica Oct. 21, 1835, for attempting to establish the New York State Antislavery Society will be reenacted, and an interpretive sign in honor of those abolitionists will be unveiled. The Freedom Walk will commence at 9 a.m. with a 10:30 a.m. re-enactment and sign unveiling in Clockville to present the activities of the abolitionists along the way to Peterboro. This inaugural short walk will return to Canastota. with plans for a complete 2023 nine-mile walk all the way to Peterboro. At 1 p.m. in Peterboro, a reenactment and a sign describing the Oct. 22, 1835, arrival of the NYS Antislavery Society delegates in Peterboro will be presented.

The public is invited to the free reception directly following, to commemorate the 187th anniversary of the event. The Abolitionist Freedom Walk is supported by the Erie Canalway IMPACT! Grant Program.

At 2 p.m. Sunday, Oct. 22, Myers’ role in the Stephen and Harriet Myers’ Florence Farming and Lumber Community/Association located in Florence, Oneida County, will be explained. The Florence Community was a small 19th century settlement of freedom seekers and free blacks who established a communal farmstead in Florence that was established around 1845. It was intended to create a community where free blacks could own land and farm. Local abolitionist and philanthropist Gerrit Smith bought the land, and by 1849 there were between 80 and 90 families who called Florence home. For a little over 12 years, this small community flourished. After 1860, the Florence Farming Association ceased to exist and the community disbanded. The program presenter, Jessica Harney, has been a social studies teacher at Camden High School for the last 18 years. She teaches MVCC dual credit U.S. history and New York state history, global history and psychology and advises several school clubs such as Odyssey of the Mind, Amnesty International Club and the Gender and Sexuality Alliance Club. Where her personal interests, classroom experiences and volunteerism intersect, she has found herself conducting research on the Florence Farming Association. She volunteers with the National Abolition Hall of Fame and Museum, serves on several Underground Railroad advisory boards and is a member of historical societies in the Oneida County area.

At 2 p.m. Sunday, Oct. 23, J.H. Justin Schlesinger, the great, great, great grandson of Calvin Fairbank, will present ‘The Old House under the Elms — The Fairbank House.’

The Abolition Hall of Fame Inductions are held on the weekend closest to the anniversary date of the inaugural meeting of the New York State Antislavery Society held in Peterboro Oct. 22, 1835. The public is encouraged to participate in any or all activities. Sponsorships of a banner to support an inductee are due Sept. 15. Registration for the weekend events and the 19th century dinner are due Sept. 15. For more information, registration forms and updated information, email nahofm1835@gmail.com, call 315.684.3262 or visit nationalabolitionhalloffameandmuseum.org.

Pictured is a portrait of Stephen Myers by artist Melissa Moshetti (2020).

Pictured are Paul and Mary Liz Stewart, nominators of Stephen Myers to the Abolition Hall of Fame.