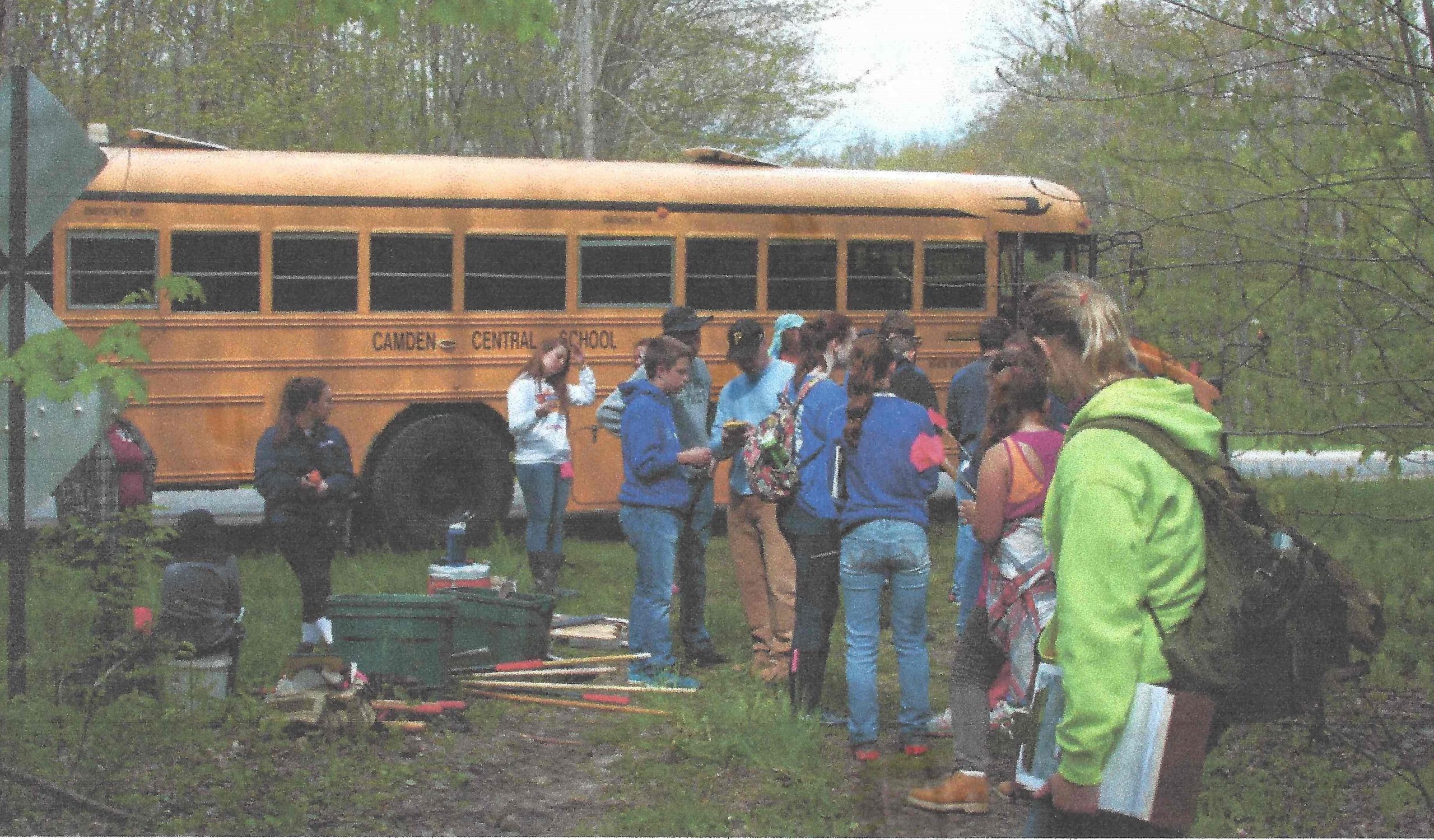 A program on Stephen Myers’s communal farming settlement in Oneida County will be presented at 2 p.m. Sunday, Oct. 23, 2022, at 5255 Pleasant Valley Road, Peterboro. In 1846 a 36-acre parcel of land in Florence was deeded by Gerrit Smith to Stephen and Harriet Myers, abolitionists whose home was an Underground Railroad site in Albany. The Myers had a vision of a village where black families could become self-sufficient and escape the limitations and prejudice of city life. Settlers purchased quarter-acre lots, then additional farmland as funds allowed. The Florence Farming and Lumber Community/Association was established in 1848 and grew to have 80 settlers. The settlement was eventually abandoned due to fear of the Fugitive Slave Law.

Jessica Harney, the presenter of the Florence Settlement program, has been a social studies teacher at Camden High School for 18 years. She teaches MVCC dual-credit U.S. History and state history, global history and psychology and advises several school clubs such as Odyssey of the Mind, Amnesty International Club and the Gender and Sexuality Alliance Club.

Harney is a member of the Underground Railroad Fort Stanwix Committee, a collaborative project with the Organization of American Historians and the National Park Service, which published the 273-page publication “We Took to Ourselves Liberty,” relating to Underground Railroad, abolitionism and African American Life in Oneida County and beyond.

Harney is an educational consultant for the NPS Ranger Teacher Program and “Consider the Source” with the New York State Archives Partnership Trust. She is a member of the Cabinet of Freedom, the governing board of the National Abolition Hall of Fame and Museum.

In 2013, during a BOCES workshop on local historical documents, Harney and Camden High School colleague Jennine Bloomquist became interested in the location of the Florence Settlement. Mary Liz and Paul Stewart from the Myers’s Residence in Albany had also been trying to locate the site. In 2014, Matt Kirk, state Department of Environmental Conservation archeologist conducted a study of the site. Each year, Camden High School students have been involved at the site studying found items, foundations and maps. In 2017, a Pomeroy sign was installed marking the Florence Settlement.

The Florence Settlement presentation is the last program in the NAHOF Induction Weekend, immediately following the Abolitionists Freedom Trail Free Reenactment reception at 1 p.m., also to be held at 5255 Pleasant Valley Road.

The Abolition Induction Weekend 2022 begins with a Welsh Music and Poetry Tribute to inductee Robert Everett at 7 p.m. Friday, Oct. 21. The evening of music will be held in the Peterboro United Methodist Church.

The next morning at 10 a.m. Saturday, Oct. 22, Norman K. Dann, Ph.D., will provide a guided tour of the Gerrit Smith Estate National Historic Landmark Underground Railroad site, including the grounds and buildings with histories of the 19th-century people who lived and visited there. The afternoon Abolition Symposia introducing the three inductees to the National Abolition Hall of Fame and Museum will include words of the abolitionists.

At 5 p.m. in the building where the New York State Antislavery Society was formed in 1835, the Peterboro United Methodist Church will serve a 19th-century box dinner with menu suggestions from Elizabeth Smith Miller’s “In the Kitchen” cookbook.

At 7:30 a.m. Oct. 23, walkers will register for the Abolitionist Freedom Walk reenacting the walk of 104 abolitionists who escaped the mob threats in Utica by hiring a lumber barge to transport them to Canastota then walked to the antislavery meeting in Peterboro. The 2022 five-mile Freedom Walk will be from Canastota to Clockville and back to Canastota. Brief reenactments and interpretive sign unveilings will take place in Canastota and Clockville, as well as in Peterboro at 1 p.m., where reenactors Ann and Gerrit Smith will welcome abolitionists to a public reception in the safety of Peterboro.

Camden High School students participated in the annual study of the 1848-1860 Florence Farming and Lumber Community/Association.