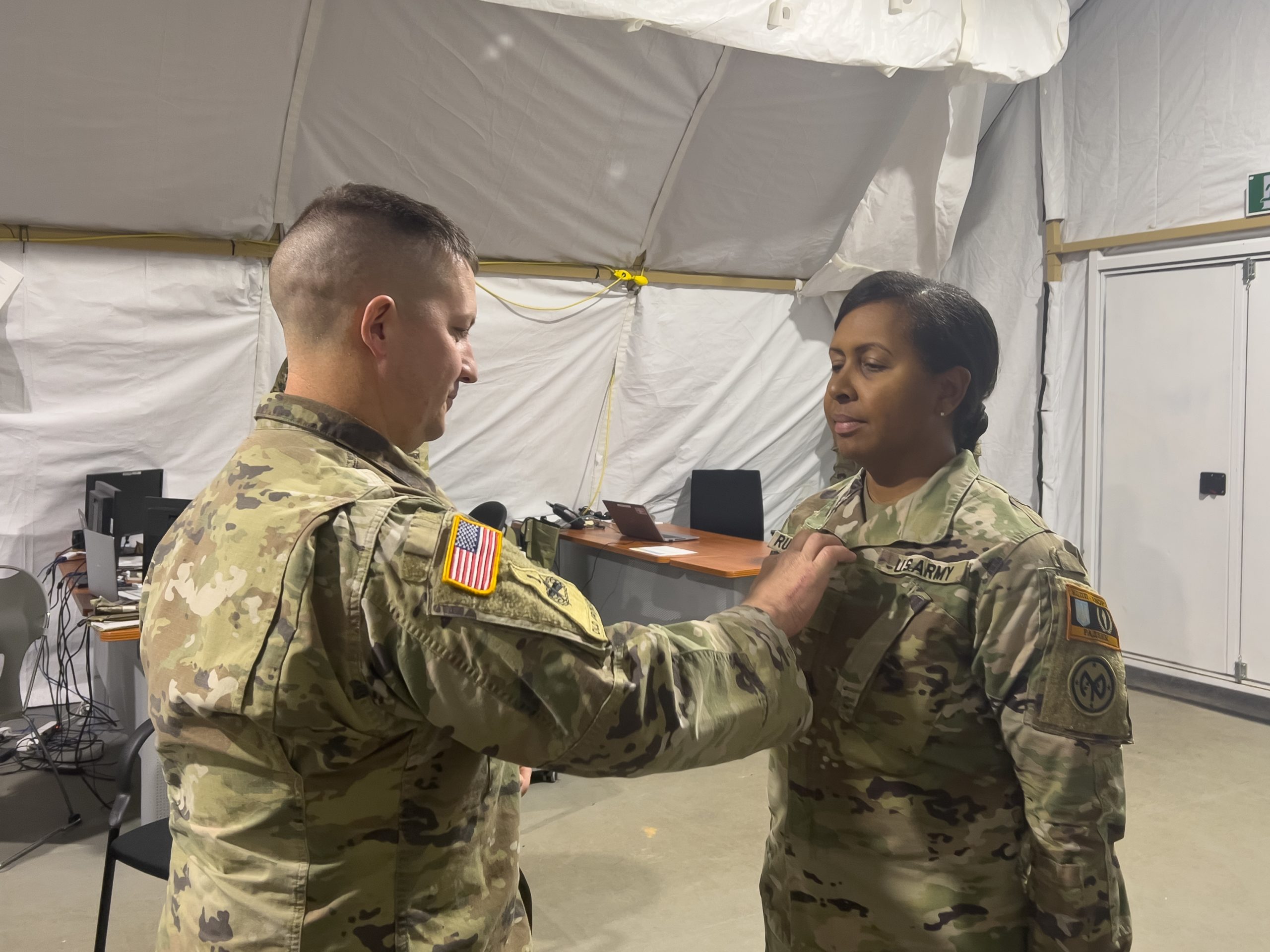 Oneida resident Viviana Ruiz-Bosch has been promoted to a captain in the New York Army National Guard, in recognition of her capability for additional responsibility and leadership.

“Viviana’s outstanding contributions to the New York National Guard at home in her community and on deployment overseas are a sure sign that she will excel in his new rank,” said Col. William Murphy, commander of Task Force Orion.

Task Force Orion has been deployed in support of the Joint Multinational Training Group-Ukraine mission since early August. The unit ensures the combat effectiveness of Ukrainian military personnel training on systems and equipment issued under the United States’ Presidential Drawdown Authority.