By Kat Castner(Cambridge, Mass – Aug. 25, 2014)  In her second game in a Colgate women’s soccer jersey, junior Corey Persson netted her first goal as a Raider to help Colgate to a 1-0 victory over Providence on Sunday. “The work rate has been terrific and team chemistry is so important this early in the season,” head coach Kathy Brawn said. “That shows itself in so many tangible and intangible ways. And then finding a way to make the best of any given situation out on the field and to focus on continuing to play no matter what are all things we’ve emphasized. These tactics are things these players are doing such a terrific job with.”The game-winning goal came in the 39th minute after rookie Eliza Doll played a beautiful ball from the endline to the foot of Persson, who was waiting inside the box. A little touch was all that was needed from Persson as Colgate pulled ahead and ultimately remained there the rest of the game. Sophomore Brenna Mason posted her sixth career shutout, while making seven saves.   The Raiders are back in action Saturday when the host Colorado College in their home opener at 7 p.m. The game will also mark the inaugural women’s soccer game played on the brand new state-of-the-art Beyer-Small ’76 Field. There will be free t-shirts to all fans followed by post-game fireworks.BOTTOM LINE• Colgate 1, Providence 0WON-LOST RECORDS• Colgate improves to 1-1-0 overall• Providence falls to 0-1-1 overall IN THE STATE OF RHODE ISLAND• The Raiders are now 5-4-1 when it comes to teams in the state of Rhode Island.• Colgate has played Brown (3-3-0 series), Providence (2-1-1 series), and Rhode Island (1-0 series).KEY RAIDER INFO• Persson scored her first goal as a Raider in the 39th minute to put the Raiders up, 1-0.• Mason had another strong outing making big-time saves at key moments throughout the game.FACTS & FIGURES• The Friars held the edge on shots 17-13 and in corner kicks 8-4.• Sarah Coy led all Raiders with four shots, while Persson, Doll and Caroline Brawner each posted two shots.• Doll now leads the Raiders with two season points after recording an assist in both games this past weekend.• Mason recorded seven saves on the day and posted a game-high five in the second half to help secure the win.TURNING POINT• In a scoreless game, Doll dribbled the ball toward the endline drawing a defender away from the center of the goal. Right at the touchline, she was able to find the foot of Persson, who placed it out of the reach of Providence’s goalie, Kristyn Shea.• The goal happened at the 39:20 mark in the first half. KNOCKING ON THE DOOR• Colgate had a few other scoring chances to tally goals on Sunday with one coming 15 minutes into the game. Lauren D’Amico crossed the ball from the right wing, finding the head of Brawner. The senior was unable to redirect it into the back of the net, however, as her header sailed just over the crossbar.• Team captain Emily Manoogian also sparked another strong Raider chance with 20 minutes remaining in the game. The senior sent a great through ball to Coy, who was making a run from the left side of the field. The sophomore took a few touches before striking the ball on target. Her shot ricocheted off the crossbar, though, and bounced over the goal. SHUTOUT• Colgate posted its first shutout of the season.• Mason also added another shutout to her career total, shifting her number to six.• Mason recorded seven saves with three of those being key stops

QUOTABLE• Colgate junior forward Corey Persson when asked about scoring her first Colgate goal: “It felt awesome. I feel very fortunate to play for such a great university and I couldn’t be happier right now.” When asked about joining a new team: “The girls are so much fun and have been very welcoming. I felt as though I was a part of the team as soon as I came and they’ve been awesome When asked about what her expectations are for the year: “To win a Patriot league Championship and make a long run in the NCAA Tournament. • Colgate Head Coach Kathy Brawn when asked about her preparations heading into the game: “The expectation was to really put together a good Sunday. It’s so important to be able to complete a weekend. We took a lot of good things and information from Friday’s game although it was a loss. Our team’s preparations and mentality after that game into our training on Saturday really showed itself in a positive way out there on the field today so the expectation was to bring that with us and find a way to win the game.” When asked about her thoughts on next weekend’s home opener and inaugural game on Beyer-Small ’76 Field: “We really want to be able to celebrate that event not to the exclusion of being prepared for the game as we want to make sure that we aren’t distracted. Our administrators and everyone are putting together such a great event that I’m confident we will be able to enjoy it.” When asked about Saturday’s opponent Colorado College: “Colorado College is an outstanding team that is well coached. We are looking of course to come away with a win and we want to not only keep building on these good things that are happening out on the field, but in games and in training as we progress through the season.”UP NEXT• The Raiders are next on the pitch Saturday when he welcome Colorado College in their home-opener at 7 p.m.• Live stats and video available at gametime.• Saturday’s game also marks the inaugural game on Beyer-Small ’76 Field. 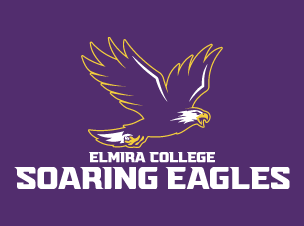 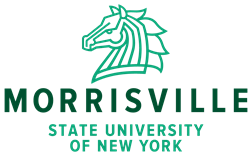