So, Work With Planned Parenthood Makes Me a Murderer? 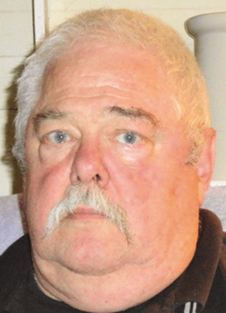 (Town of Sullivan, NY – Oct. 2015) So, there I am in a local eatery enjoying a bite, when a fellow patron launches into a bombastic rant about “that den of evil” a/k/a Planned Parenthood. The two guys opposite from him sat in silence, appearing embarrassed.  He went on about the agency’s alleged butchering of babies to sell their body parts.

I grew disgusted and piped up: “Sir, that is not true!”

“Yes it is, I saw the movie!” he exclaimed loudly.

“I don’t care WHERE you worked!”  He was shouting now.

“No point in arguing with stupid,” said I, and turned to my lunch and newspaper.

The dude sat muttering to the guys sitting opposite him.  They said nothing.  But he wasn’t done with me.

“You said you work for Planned Parenthood? he asked. “Then you’re a murderer!”

After a pause, he said it again, louder.

The other two guys got up and left, and he quickly followed.

‘What set him off?’ I wondered, especially in so public a space?  More to the point is, where did he get his twisted idea?

Aww… Suck it up, Buttercup!

I’d like to see him again.  I’d ask for his assistance with my math.  See, I can’t quite make out how screening women for cancer adds up to murder.  I have two professional licenses, one of which is as an x-ray technician – the guys and gals who perform radiographic exams.  I never darkened the doors of Planned Parenthood, but my clinic accepted referrals from that organization and I was among the techs who did the studies.

So perhaps the excitable gentleman could explain just how it was, by working for Planned Parenthood in this manner, that I was murdering someone.  And while he’s at it, perhaps he’d like to explain what he thinks he’s going to do about it.

William D. “Bill” Mayers RT, RN, of Sullivan is a retired senior U.S. Army Corpsman. A certified healthcare professional since 1964, he holds two professional licenses, including that of Registered Professional Nurse licensed in New York, Alaska, Virginia and Louisiana. He has four children, two stepchildren, three grandchildren and is an avid analyst of current events.

7 thoughts on “So, Work With Planned Parenthood Makes Me a Murderer?”