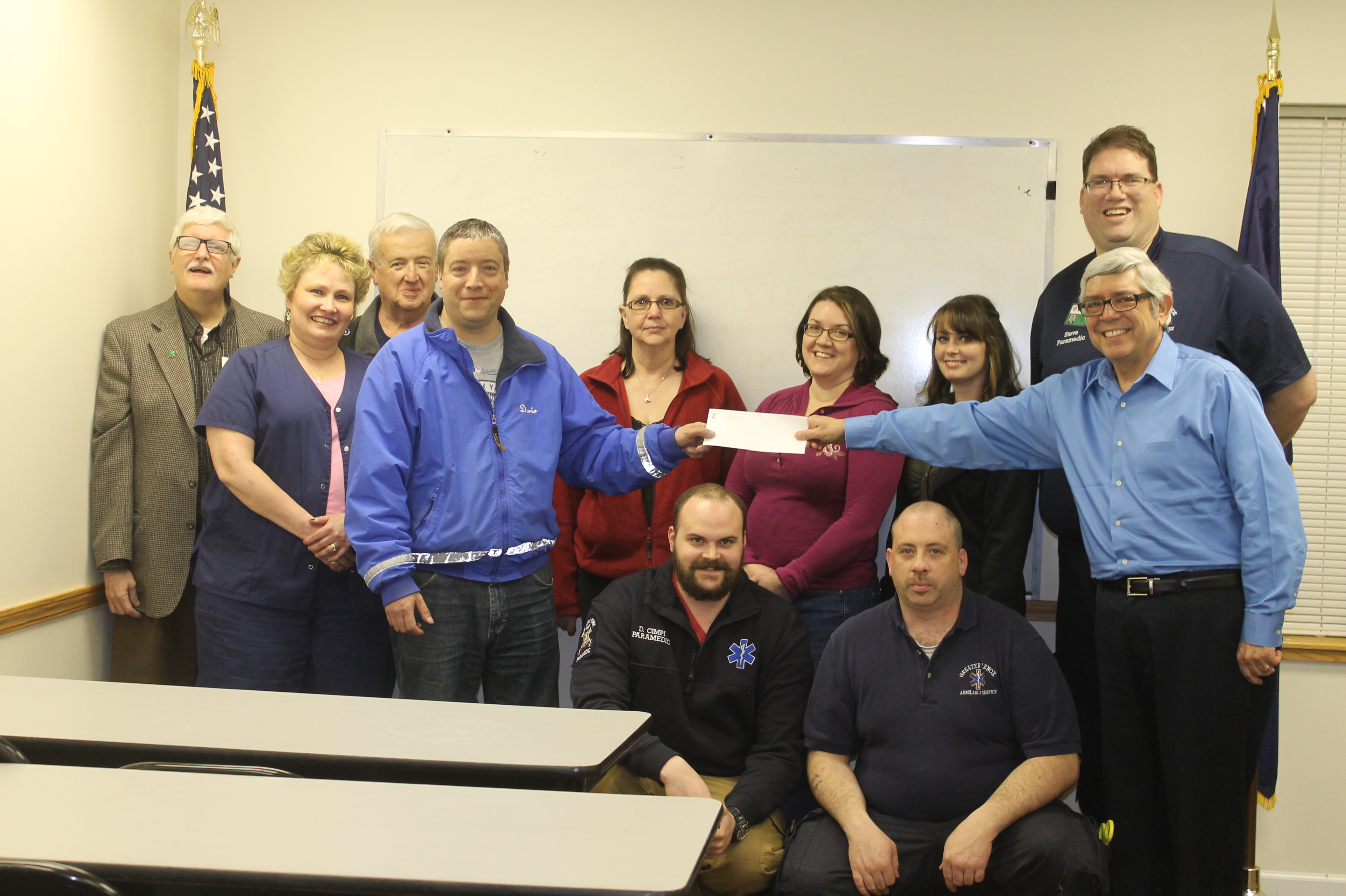 Representatives of the Canastota Area Association of Churches have distributed the first of four $500 grants to the Lincoln Volunteer Fire Dept. and the Greater Lenox Ambulance Service in recent days. On Feb. 29, Pastor Abigail Browka of the Clockville United Methodist Church presented a check to 17 officers and volunteers at the monthly meeting of the Lincoln VFD.GLAS

“All of the churches in Canastota believe strongly in the value of these men and women and the service they give,” said Pastor Tom Burgess. “These grants are a small but hopefully helpful expression of our support.”

Identical “Canastota Volunteer First Responders Awards” will be presented to the Canastota VFD and Wampsville VFD in coming days, and each company is free to apply them to whatever project they deem most useful.

The money for this year’s grant came from a special reserve fund left over from past years’ fund-raising, and earmarked exclusively for volunteer recognition. The CAAC plans a letter campaign soon to raise funds to continue the awards beyond the reserve’s expected exhaustion in 2018. If public response is strong, and a new chairman is identified, the CAAC Board acknowledges the possibility that a dinner or similar recognition could return.