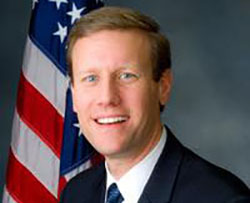 Legislation sponsored by Senator David J. Valesky (D-Oneida) protecting seniors from financial abuse passed the Senate on March 22. The bill would authorize banks to refuse any transaction of moneys if a banking institution, social services official, or law enforcement agency reasonably believes that financial exploitation of a vulnerable adult is occurring.

Persons over the age of 65 are the fastest growing segment of the American population. While senior citizens constituted only 4% of the total population in 1900, by 1994 the proportion of seniors in the united States had grown to 12.5%. By 2050 almost 25% of all Americans will be over age 65.

Evidence suggests that there may be a surprisingly high percentage of senior citizens who are, either intentionally or unintentionally, mistreated by family members or institutional caregivers or who, of their own volition, are neglecting their own basic custodial needs. This maltreatment can take many forms, ranging from physical and psychological abuse to neglect to financial abuse and exploitation. The loss of one’s financial assets can have a severe long-term impact on a senior’s well-being and quality of life. Data obtained by the New York State Office of Children and Family Services project a surge in the number of cases of financial abuse by the year 2030, with nearly 200,000 incidents predicted to occur.

In order to combat these rising trends and to protect even more elderly individuals from becoming future victims themselves, Sen. Valesky proposed legislation that would authorize banks to refuse suspicious transactions.

“We are seeing increasing incidences of elder abuse, and we must do all we can to stop this disturbing trend,” Sen. Valesky said. “This bill will establish a new protection for our elderly citizens and give law enforcement officials an additional tool to pursue and prosecute those who would take advantage of and harm adults who are unable to protect themselves.”

Financial elder abuse manifests itself in many ways. Often, the perpetrators are family members of or have a close relationship with the victim, who may depend on them for care, depressing the number of reported cases. If you or anyone you suspect may be a victim of abuse, contact the authorities or call Vera House’s 24-hour crisis hotline at315-468-3260.