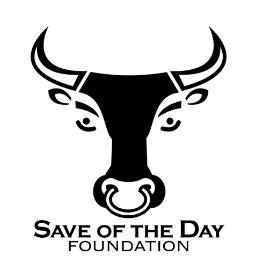 Saturday, Dec. 3, marks the fifth annual Gold Ribbon Game for Childhood Cancer Awareness for the Pioneers. This year, Utica College has teamed up with the “Save of the Day” Foundation. Both teams will be wearing special edition gold ribbon uniforms during the game.  The jerseys for both teams will be auctioned off with all proceeds being donated to help ease the medical costs of a local family with a child who is currently battling the disease.

Fans can bid on both the Utica College (HERE) and Morrisville State (HERE) jerseys online leading up to the game, as well as in the arena the day of the event.  The minimum bid for a gold jersey is $100, but you can purchase the jersey immediately for $300.  Bidding must be made in increments of $5.

“We have had a lot of success with this game the last couple years,” said Utica head coach, Dave Clausen.  “We managed to raise over $13,000 so far to help local families who have been battling this disease.  This cause strikes close to home as the UC women’s hockey family has been directly affected by it and we’re happy to do our part to help raise awareness and help a local family.”

“As a UC alum, and central New York native, it’s great to partner with the UC women’s hockey team to raise money for a local organization and to raise awareness for childhood cancer,” commented Morrisville head coach, Melissa Lomanto.

Throughout the past decade the Rob Esche “Save of the Day” Foundation, Inc. has raised over a million dollars to provide financial assistance to children with life threatening illnesses within the Mohawk Valley.  Through fundraising efforts the Foundation has been able to help over 150 children and their families.