USDA partners with farmers and ranchers to protect more than 500,000 acres of working grasslands 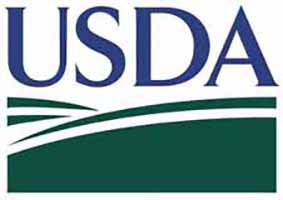 Farm and Foreign Agricultural Services Deputy Under Secretary Alexis Taylor announced that the U.S. Department of Agriculture will accept more than 504,000 acres that were offered by producers during the recent ranking period for the Conservation Reserve Program Grasslands enrollment. Through the voluntary CRP Grasslands program, grasslands threatened by development or conversion to row crops are maintained as livestock grazing areas, while providing important conservation benefits.

“This 15-year commitment on more than half-a-million acres demonstrates that voluntary, incentive-based conservation methods benefit producers and help to preserve our natural resources,” said Taylor. “Combining conservation and wildlife benefits, while still supporting livestock production, is a clear example of how agriculture and conservation can go hand-in- hand.”

USDA is also reminding producers that it is still accepting additional offers for CRP Grasslands. The current ranking period that closes on Dec. 16, also includes a new CRP Grasslands practice specifically tailored for small-scale livestock grazing operations to encourage broader participation. Small livestock operations with 100 or fewer head of grazing dairy cows (or the equivalent) can submit applications to enroll up to 200 acres of grasslands per farm. USDA’s goal is to enroll up to additional 200,000 acres.

The new practice for small-scale livestock grazing operations encourages greater diversity geographically and in all types of livestock operation. Small livestock operations are encouraged to contact their local Farm Service Agency office to learn more about this program before Dec. 16, to be considered as part of the current ranking period.

Participants in CRP Grasslands establish or maintain long-term, resource-conserving grasses and other plant species to control soil erosion, improve water quality and develop wildlife habitat on marginally productive agricultural lands. CRP Grasslands participants can use the land for livestock production (e.g., grazing or producing hay), while following their conservation and grazing plans in order to maintain the cover. A goal of CRP Grasslands is to minimize conversion of grasslands either to row crops or to non-agricultural uses. Participants can receive annual payments of up to 75 percent of the grazing value of the land and up to 50 percent to fund cover or practices like cross-fencing to support rotational grazing or improving pasture cover to benefit pollinators or other wildlife.

USDA will select offers for enrollment based on six ranking factors: (1) current and future use, (2) new farmer/rancher or underserved producer involvement, (3) maximum grassland preservation, (4) vegetative cover, (5) environmental factors and (6) pollinator habitat. Offers for the second ranking period also will be considered from producers who submitted offers for the first ranking period but were not accepted, as well as from new offers submitted through Dec. 16.

Throughout the Obama Administration, USDA has generated thousands of critical partnerships to conserve and protect our natural resources on working landscapes, while enrolling a record number of acres in conservation programs. Seventy-percent of the nation’s land is owned and tended to privately, and America’s farmers, ranchers and landowners have willingly stepped up to address the growing impacts of a changing climate. With USDA’s support, they work to implement voluntary practices that improve air and water quality, prevent soil erosion and create and protect wildlife habitat. Since 2009, USDA has invested more than $29 billion to help producers make conservation improvements, working with as many as 500,000 farmers, ranchers and landowners to protect land and water on over 400 million acres nationwide. Read more about USDA’s record conservation outcomes under this

Administration at Caring for our Land, Air and Water: Preserving Precious Natural Resources for Tomorrow.