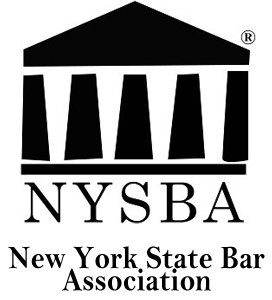 There is “no reason to modify the forever wild clause” of the New York State Constitution–which protects the state-owned Forest Preserve in the Adirondacks and the Catskills–concludes a report released today by the New York State Bar Association.

After examining the historical record, the report concludes that fears–such as those that some groups expressed in 1997–that a future constitutional convention might weaken the “forever wild” clause are unwarranted.

However, the report points to other environmental provisions in the state Constitution that “merit serious consideration by policymakers and the public.”

The report, “The Conservation Article in the State Constitution (Article XIV),”recently was approved by the Association’s House of Delegates.

“In less than 12 months, New Yorkers will go to the polls to decide whether to call a constitutional convention that would study and recommend changes to the state Constitution. Our report on the Conservation Article offers voters an insightful analysis of environmental issues that a convention might consider,” said Claire P. Gutekunst, president of the New York State Bar Association.

Ultimately, any amendments proposed through a constitutional convention must be approved by state voters.

In 1894, voters ratified an amendment that mandates that the state-owned Forest Preserve “shall be forever kept as wild forest lands.”

The amendment’s catalyst was the destruction of Adirondack forests by the lumber industry during the 19th century, raising alarm about the impact on rivers, canals and water supplies hundreds of miles away, all critical to the state’s economic well-being.

Since 1894, the report observes, “there has never been broad-based public support for repealing or diluting the forever wild protections, and nothing in the lengthy record of past conventions and amendments to Article XIV suggest that delegates to a 2019 Convention would seek to do so.”

As another measure of public support, the report also notes that voters and the Legislature repeatedly have expanded the Forest Preserve, which now protects 2.6 million acres in the Adirondacks and 286,000 acres in the Catskills.

Other sections of the Conservation Article

Elsewhere in the Conservation Article, the report identifies opportunities to simplify its text and address obsolete aspects.

The report also examines what was intended to be a “Conservation Bill of Rights” (Section 4 of Article XIV), approved by voters in 1969. Instead of conveying specific rights, its language appears aspirational, saying, for example, that conserving and protecting “natural resources and scenic beauty” shall be “the policy of the state.” However, that provision lacks teeth, the report says. “Citizens apparently cannot seek judicial enforcement of the Conservation Bill of Rights, as they can the ‘forever wild’ clause.”

The report examines pros and cons of making the right to a clean environment an enforceable right. On one hand, “Arguably, the narrow scope of Section 4 in Article XIV is insufficient to address New York’s new environmental challenges.” It notes that the constitutions of Pennsylvania and five other states recognize specific environmental rights that are enforceable.

On the other hand, the report makes note of broad environmental protections under existing state and federal laws that were enacted after the amendment’s adoption in 1969. “Thus it is debatable whether the addition of a self-executing constitutional environmental right could do more; indeed it might even lead to needless, duplicative litigation, which would discourage economic development, especially in economically-depressed regions of the state,” the report states.

The report concludes, “In 2017, voters will have a unique opportunity to debate whether the provisions of the state Constitution’s Conservation Article, Article XIV, are sufficient to meet current needs or can otherwise be improved.”

The Conservation Article report is available at www.nysba.org/ArticleXIVreport. It was written by the Association’s Committee on the New York State Constitution, which is chaired by Henry Greenberg of Albany (Greenberg Traurig).

Additional information about the NYS Constitution

The committee’s previous reports examine the need for a nonpartisan commission to prepare for the 2017 referendum (www.nysba.org/nysconstitutionreport); and the “Home Rule” provision, which deals with relative powers of the state and local governments (www.nysba.org/homerulereport). Its next report will focus on New York’s court system.

The 74,000-member New York State Bar Association is the largest voluntary state bar association in the nation. It was founded in 1876.