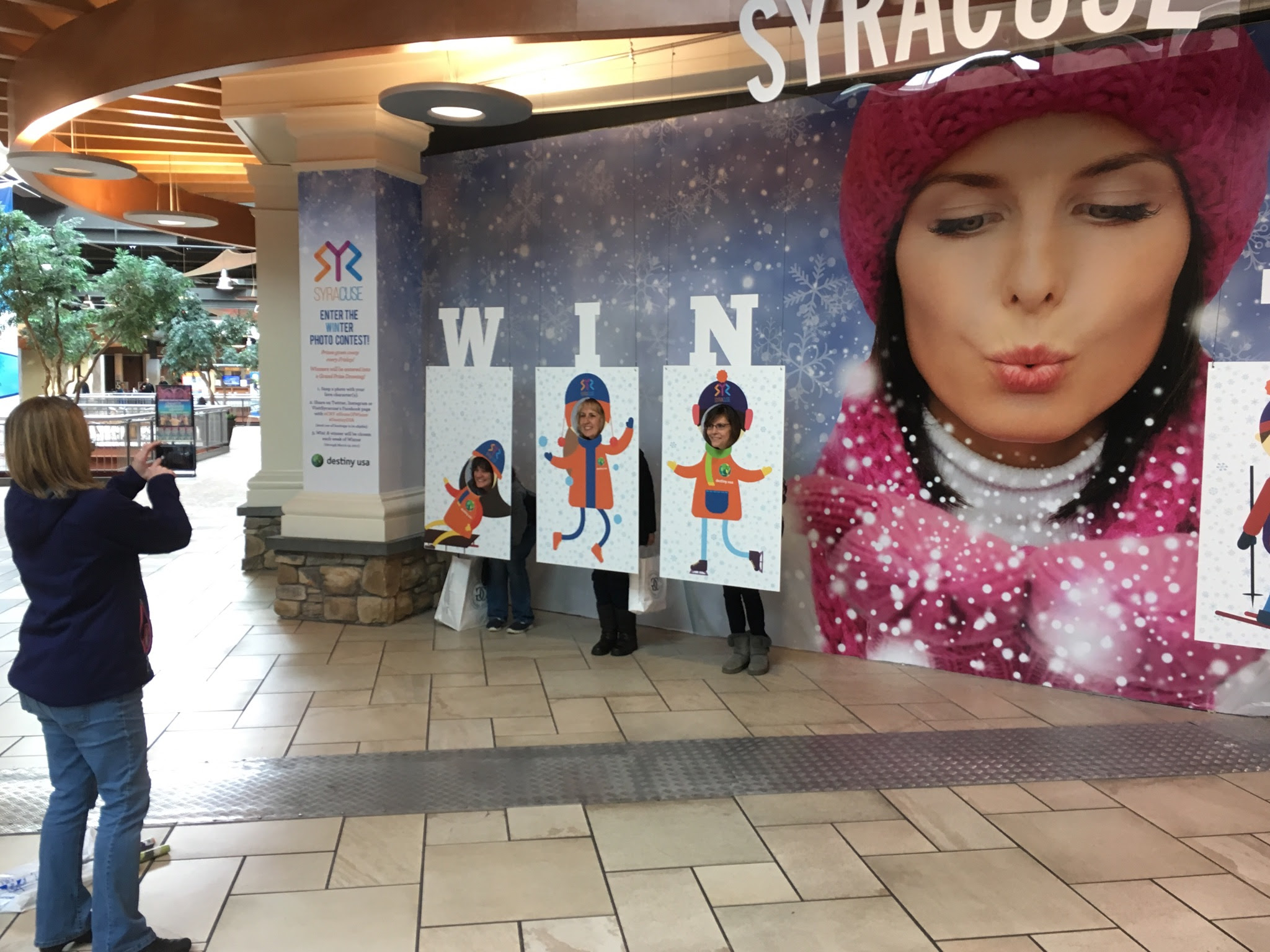 While the rest of the world is bracing for the coldest months of the year, Visit Syracuse is rolling out the “ice” carpet for winter. To help kick off a new winter campaign introducing Syracuse as the Official Home of Winter, this weekend, Visit Syracuse is installing a display as big as the season, on the third floor of Destiny USA and launching a video series on winter himself.

“Winter is a badge of honor for Syracuse and Central New York and it is time to tell the rest of the world all about it,” exclaimed Visit Syracuse President David Holder.

Syracuse is one of the snowiest cities in the U.S. and most other big cities with a population of more than 100,000 people, can’t even compete. Syracuse usually wins the Golden Snowball award (snow contest between New York State cities) as well as the national contest, the Golden Snow Globe. We don’t shut down for the winter; we bundle up and plunge right in. Here, winter is loved, defended and welcomed; which is why winter is moving to Syracuse!

The display, located on the third level of Destiny USA, beside TGI Friday’s, includes a huge Official Home of Winter wall, with six fun characters participating in winter activities. A path of snowflakes leads mall-goers to the display. Today, December 10th, Visit Syracuse will have a team at the display wall to collect video testimonials from residents on why they love winter. Anyone visiting Destiny USA on Saturday between 2:00 PM to 6:00 PM is encouraged to stop by and speak up. Every loving word counts.

Destiny USA guests are encouraged to enter the WINter Photo Contest by taking a pic of themselves as one of the characters at the winter wall by sharing the photo on Twitter, Instagram or Facebook and including the three hashtags: #CNY #HomeOfWinter #DestinyUSA. A prize will be awarded EVERY week and all winners will be entered into a Grand Prize Drawing at the end of March 2017.

Over the next several weeks, we will learn about the campaign through a video series designed to introduce the world to an underappreciated figure called Winter – who is more than just a season. In fact, he’s a burly, lumberjack-esque, young, individual who is looking to be appreciated for the frosty fun that he brings. The new video series by Visit Syracuse gives viewers the first glimpse into Winter’s soul. They will learn about the bitterness he holds towards his siblings Spring, Summer and Autumn; and the pure joy he gets from dumping inches (okay, maybe feet) of snow on unsuspecting cities. Check out the first video here.

“When cities like Atlanta, Dallas and others shut down for a just a dusting of snow, we push it out of the way and load up on beer, go shopping, keep working, go to school and cheer at the game,” Holder stated.

Visit Syracuse launched this entirely new endeavor to reconfigure the winter season as a statement of pride and one that can become a competitive advantage for all aspects of Central New York. The goal is to make winter lucrative for the tourism industry and for all businesses in the region. Visit Syracuse plans to hold a huge celebration to welcome Winter when he moves to town in January 2017.

“One of the most important rules in marketing is to own what you are. We own winter. Let’s tell the rest of the world.”

Is that it? No. Just like winter, there’s much more to come.