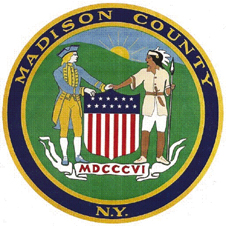 Under the governor’s proposed 2018 budget, Madison County will no longer remain the only county in New York without host community benefits.

When the State, the Oneida Nation, and affected counties signed the 2013 agreement establishing local government gaming host aid, the Oneida Nation casino that opened in Madison County in 2015 was not envisioned.”

“After the Senate Bill S.5670A and Assembly Bill A7844 were vetoed by the Governor he called me and told me this issue would be rectified in the State Budget,” said Madison County Board of Supervisors Chairman John M. Becker. “I am very thankful to the Governor for keeping his promise to me and the residents of Madison County, and I am looking forward to working with his office and our State representatives to ensure adoption of this proposal.”

“Gov. Cuomo is following through on his commitment to recognize Madison County as a host community and to provide an equitable distribution of revenue to the County now that it hosts casino gaming within its borders. This is a basic issue of fairness, which the governor’s budget proposal addresses,” Sen. David J. Valesky (D-Oneida) said. “I look forward to continuing to partner with the Madison County Board of Supervisors and the Governor’s office on this critically important matter.”

“I am very pleased Governor Cuomo has added this host community annual payment in his budget,” said Assemblyman Bill Magee. “This was the right thing to do for Madison County and ensures that its residents are treated the same as in every other host community for gaming.”