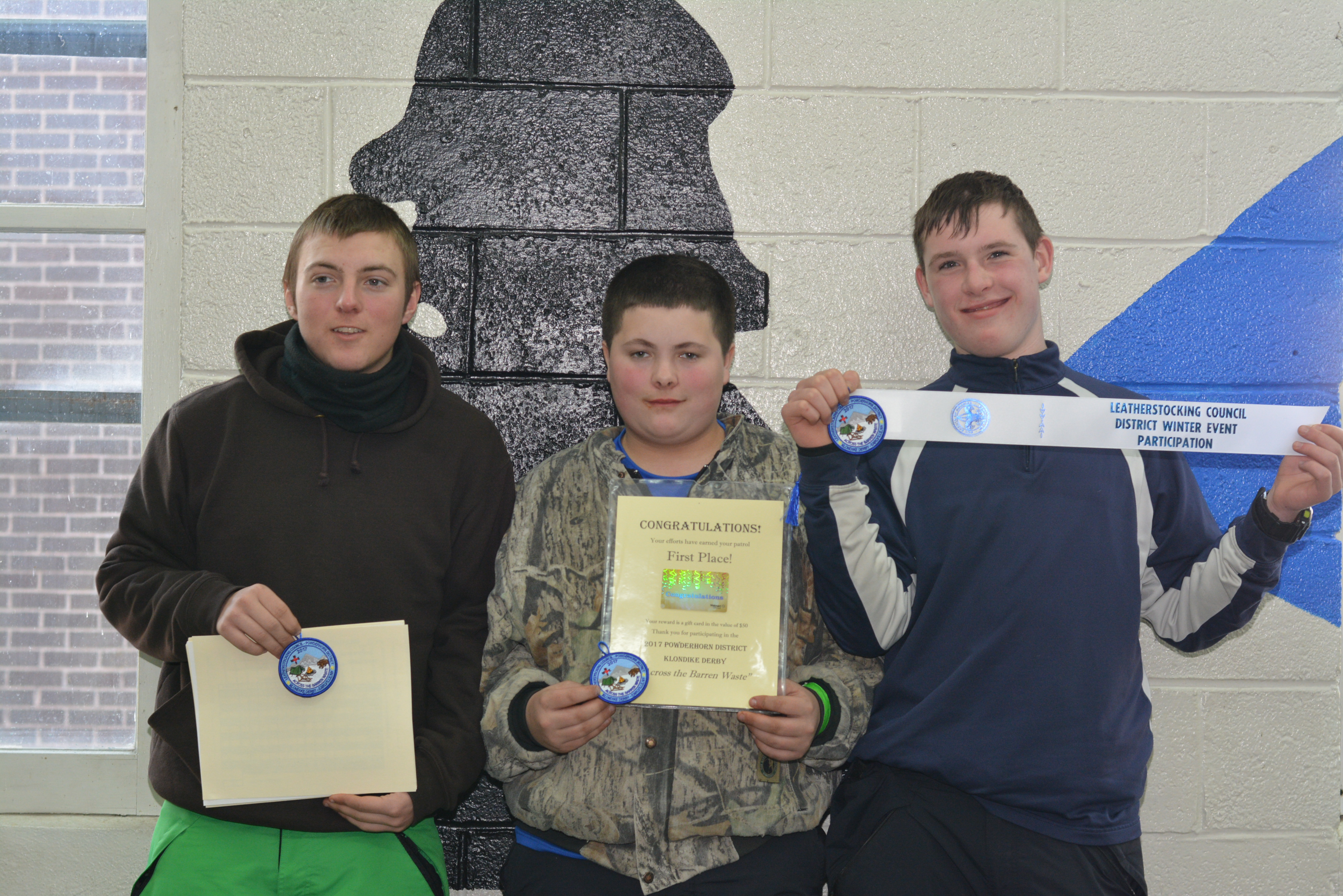 On Saturday, Feb. 4, 2017, the Earlville Troop 5 Boy Scouts hosted a Klondike Derby event in Earlville. This was the second time in over 35 years that the Troop hosted the event. About 50 individuals registered for the event. This year there was snow for the sleds, so even though the temperatures were frigid, the Troops had a great time!  There was participation by the following five Boy Scout Troops:

The Earlville Ham Radio Group volunteered their time at the event, keeping track of the schedule, making sure each Troop moved from station to station in a timely, organized fashion. In addition, there were over 25 volunteers that assisted in making the event a great success! The Earlville Troop 5 Boy Scouts would like to thank the following for their contributions to the event: