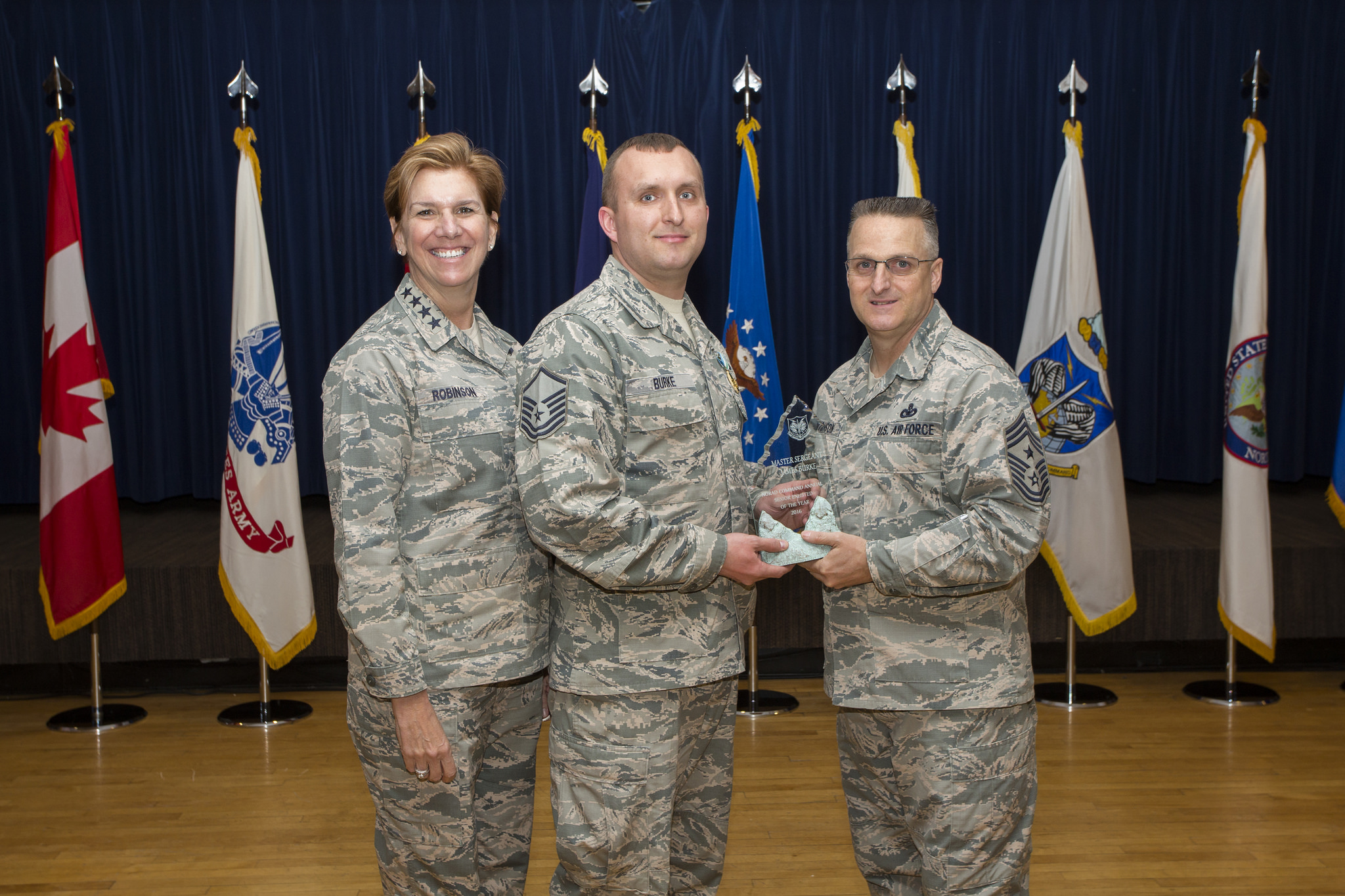 Burke received the award on March 14 during a ceremony in Colorado Springs, Colorado.

A Camden resident, Burke was recognized for his outstanding performance as a mission crew commander technician and his superb management of more than 90 evaluations as the noncommissioned officer-in-charge of the standardization and evaluation section.

“Being recognized as the best Senior NCO in an organization as large as NORAD is a remarkable achievement and I congratulate Master Sgt. Burke on his accomplishment,” said Col. Emil Filkorn, EADS Commander. “Master Sgt. Burke’s professional excellence and technical skill sets a great example for the Airmen he leads and the officers and senior NCOs he works with.”

An Ohio native, Burke enlisted in the Air Force in December 2001. His initial assignment was with the 611th Air Control Squadron at Elmendorf Air Force Base, Alaska, where he served as a tracking and identification technician and earned instructor qualifications in both fields. In 2004, Burke transferred to the Western Air Defense Sector, where he served as a tracking technician evaluator.

Burke joined the New York Air National Guard in 2007 and was assigned to EADS. He currently serves as the Noncommissioned Officer in Charge of Command and Control Systems for the 224th Air Defense Squadron.

Burke is a graduate of Airman Leadership School and the Air Force’s NCO Academy. He has an associate’s degree in Space Technology from the Community College of the Air Force and a bachelor’s in history from American Military University. He currently maintains a 4.0 grade point average as he pursues a master’s degree in military history.

Burke’s awards include the Air Force Commendation Medal, the Air Force Achievement Medal with one device and the Joint Meritorious Unit award. Burke was also the U.S. Continental NORAD Region-First Air Force Command and Control Warrior of the Year (enlisted) for 2016.