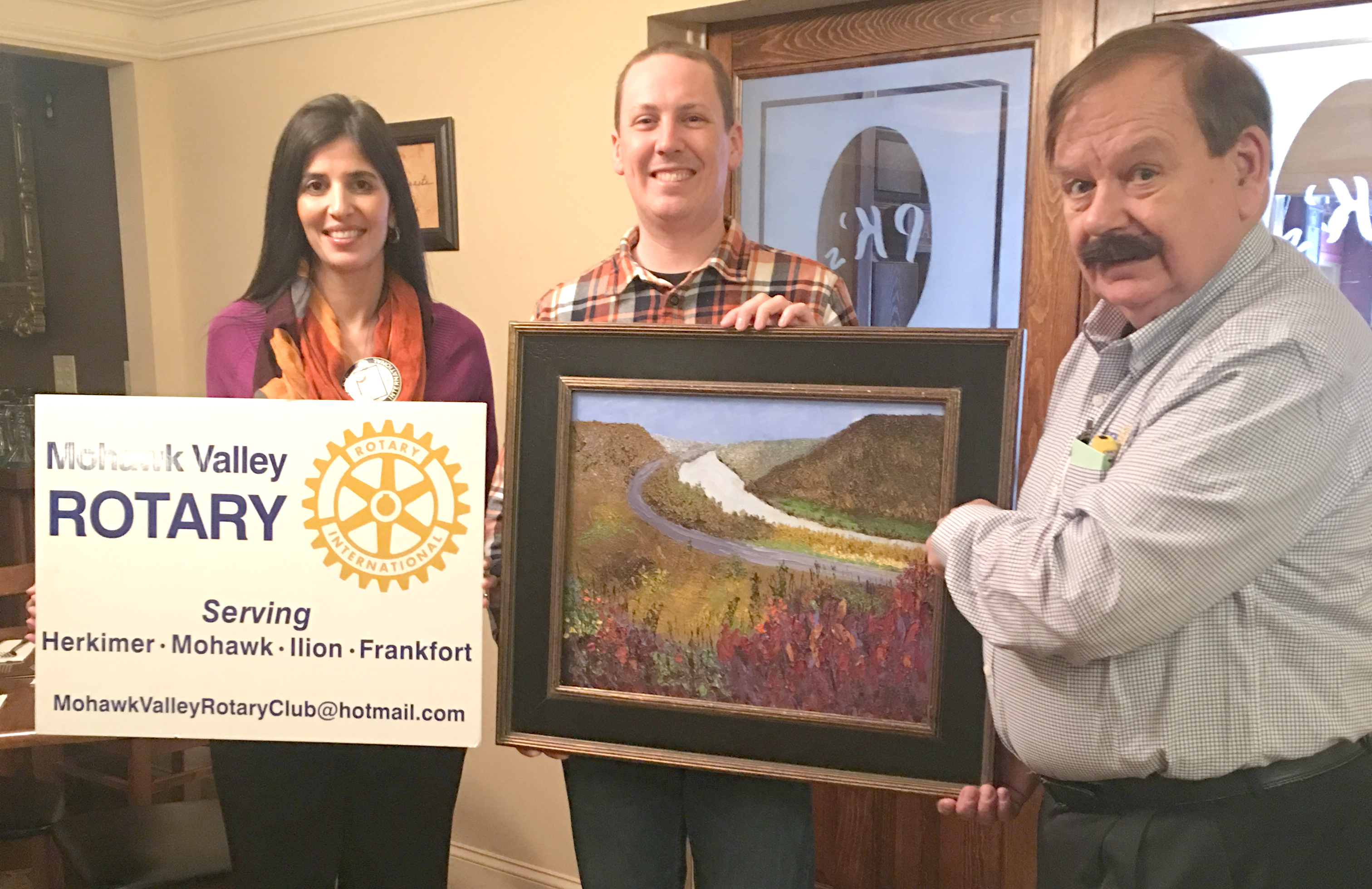 The painter George Lewis is a former Rotarian who now paints pictures using a palette knife and no brushes.

George Lewis considers himself the “WaterMan” because he donates painting proceeds to raise money for clean water initiatives.

Since 2006, Lewis has been able to help 2,000,000 people in 37 countries to have life-saving clean drinking water according to his website bio.

“I decided to use the Mohawk Valley Noses because I feel it represents our region’s history,” Skinner said. “The painting shows the beginning of the Mohawk Valley, looking out west into the valley, said Skinner.”

This project is important to Skinner because the artist Lewis donates the cost of the painting to help humanitarian causes such as Rotary Global Water Grant and Polio Plus.