Nominations for Women of Worship due March 30 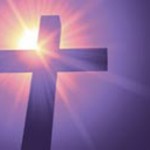 The nomination deadline is fast approaching for the 10th annual/2017 Women of Worship Awards.  Nominations are due by March 30, and can be submitted to wowa@live.com,thewomenofworshipawards@gmail.com, or by U.S. mail to P.O. Box 111 Clinton, N.Y. 13323.

Introduced in 2008, the Women of Worship Awards were created to honor the many women who give selflessly of their time, and effort, to help those in need and support causes in their local churches and synagogues.

There are seven awards given each year based on attributes of biblical and modern women.

Nomination forms will be available at area churches and synagogues, by calling 315-853-2577 or by emailing thewomenofworshipawards@gmail.com. Organizers said, “We think it is so important to honor these woman while we still have the opportunity to do so.”

4 thoughts on “Nominations for Women of Worship due March 30”