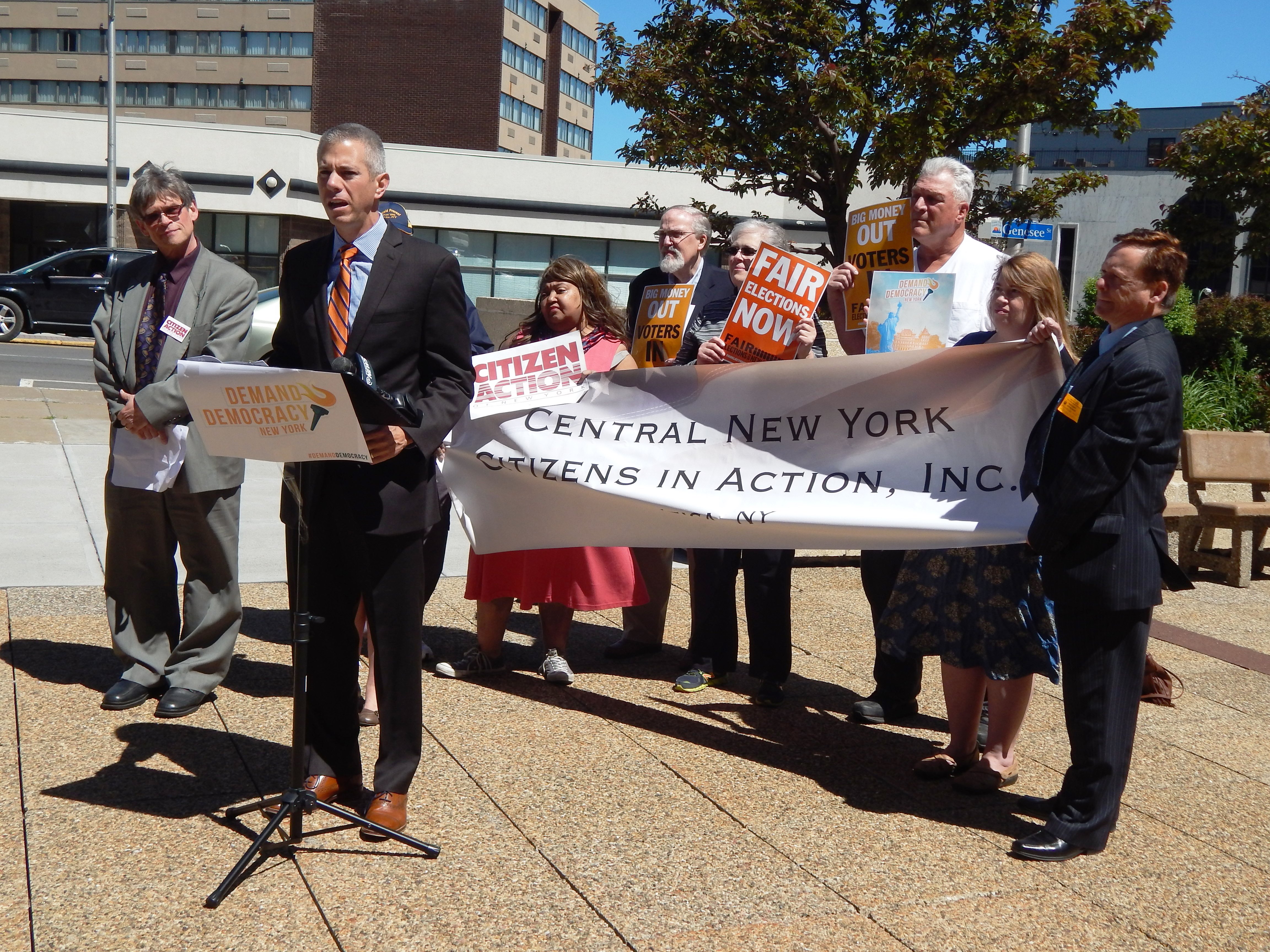 As members of Congress return from recess to work on the FY2018 federal budget, Central New Yorkers will mobilize Thursday, Aug. 31, against continued Congressional efforts to strip health care from millions of Americans.  National Social Security and social insurance expert Eric Kingson, healthcare professionals, community groups, and constituents will hold a press conference that will outline the effects on the federal budget on the Central New York health care system and urge Representative Tenney to reject proposals that will gut life-saving Medicaid for 74 million working families, privatize Medicare for seniors, and starve state budgets in order to pay for tax breaks for the wealthy and big corporations.

The event is a part of a nationwide week of action led by Health Care for America Now to educate communities about the Republican budget that cuts nearly $2 trillion from health care, especially Medicaid, while at the same time giving massive tax breaks to the rich and corporations.

Where: Central New York Labor Council, 287 Genesee St, Utica, NY 13501 (corner of Dakin Street, Utica. Parking is available in the rear of the building off Dakin Street. Building is a few doors from the Utica Public Library.)

The House budget resolution includes over $1.5 trillion in health care cuts, including even deeper cuts to Medicaid than appeared in the failed repeal bills – and all while giving billions in tax breaks to the wealthy and corporations. These cuts would fundamentally transform Medicaid for the worse, ending its guarantee of coverage for children, seniors, and people with disabilities by taking coverage from thousands of constituents of Representative Tenney.

Eric Kingson, professor of social work at Syracuse University and faculty affiliate of the university’s Aging Studies Institute, is founding co-director of Social Security Works and founding co-chair of the Strengthen Social Security Coalition. He was also a candidate for Congress in the Democrat Primary for tNew York’s 24th Congressional District. Previously on the social work faculties of Boston College and the University of Maryland, he directed the Emerging Issues in Aging Program of the Gerontological Society of America (1984-5). A founding board member of the National Academy of Social Insurance (NASI), he served as policy advisor to two presidential commissions — the 1982-3 National Commission on Social Security Reform and the 1994 Bipartisan Commission on Entitlement and Tax Reform. Author of articles and books for both academic and general audiences, he writes about the politics and economics of the aging of America, retirement, interdependence of generations and the future of Social Security. His most recent book (co-authored with Nancy J. Altman) is Social Security Works: Why Social Security Isn’t Going Broke and Why Expanding It will Help Us All (New York, N.Y.: The New Press, 2015). He received his Ph.D. from the Florence Heller Graduate School for Advanced Studies in Social Welfare at Brandeis University and his M.P.A. from Northeastern University.