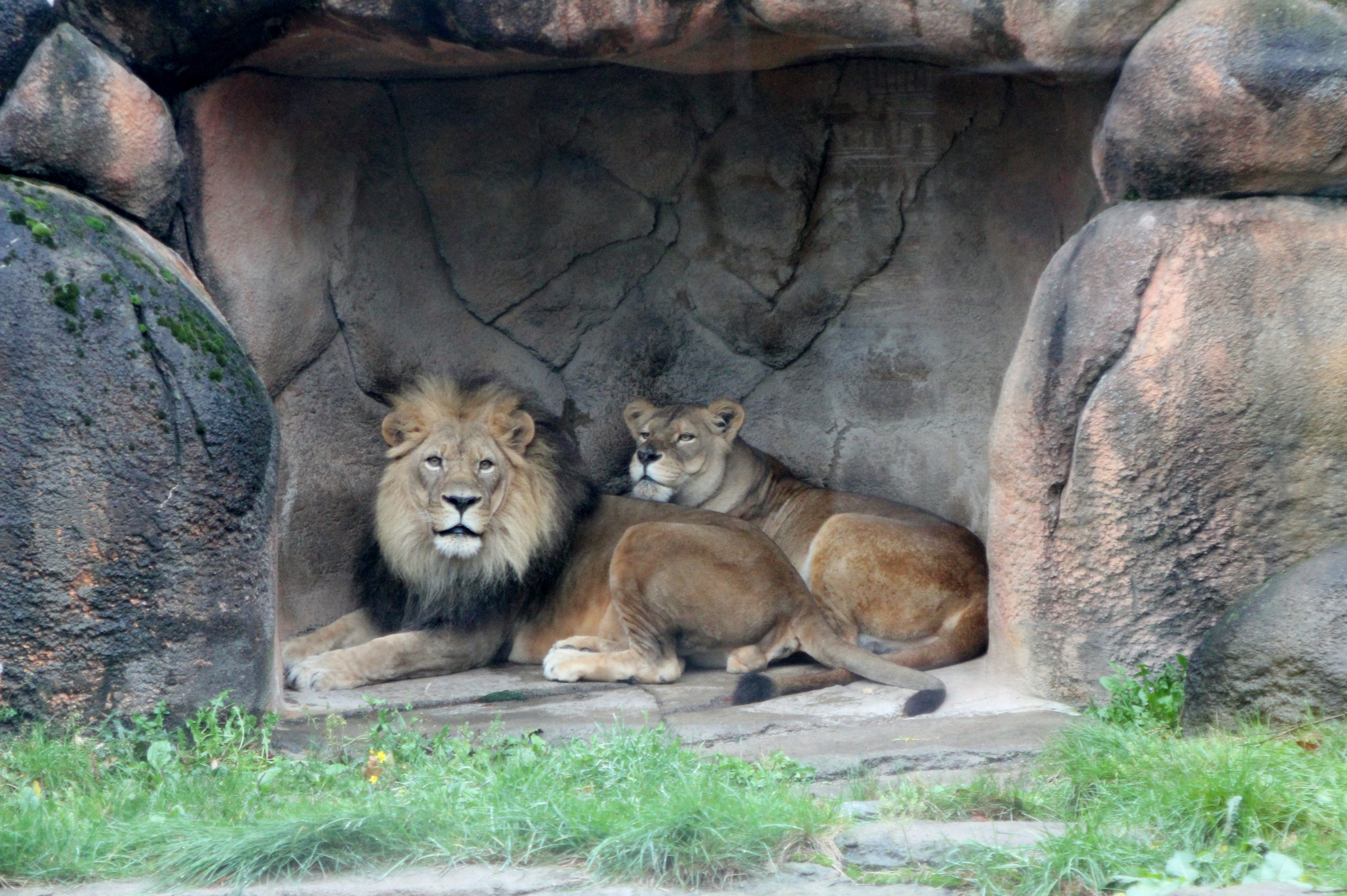 The Rosamond Gifford Zoo is mourning the loss of its female African lion, Kierha, who died on Sunday. She was nearly 18 years old and lived at the zoo most of her life. The cause of death has not been officially determined, but zoo officials say Kierha had recently been anesthetized for examination and testing after showing signs of health issues common to elderly female felines. Unfortunately, she died due to complications of her condition.

“As is the case when we lose any of our animals, it was a very sad day when Kierha left us,” said Zoo Director Ted Fox. “Heroic efforts were made by the zoo staff and Cornell University’s veterinary staff to ensure that her last days were as comfortable as possible.”

Kierha and her two siblings, Mindine and Joshua, were born on April 21, 2000, at the Baton Rouge Zoo and came to Syracuse as 8-month- old cubs. The public enjoyed watching the triplets grow up, and Kierha was known as the least dominant and most mellow of the three. She had a habit of sticking her tongue out and in recent years liked to nap atop the rock cave in the lion exhibit.

She outlived her sister and her brother, who passed away in 2014 and 2015 respectively. In November 2015 the Syracuse zoo acquired male lion M’wasi from the Bronx Zoo as a companion to Kierha. The two became close and could often be seen cuddled up together on exhibit.

“Kierha was regal, and a great ambassador for her counterparts in the wild,” said Janet Agostini, President of the Friends of the Rosamond Gifford Zoo. “We will miss her dearly, and we know that her many admirers in our zoo community will miss her as well.”

Zoo patrons last saw Kierha on exhibit at the zoo’s Holidays with the Animals event, when animals receive enrichments in the form of gift-wrapped presents filled with treats.

“I’m so glad she was able to go out that day and enjoy her holiday gift,” Agostini said.

If anyone would like, donations toward animal care at the zoo can be made in Kierha’s memory
at www.rosamondgiffordzoo.org/donate.