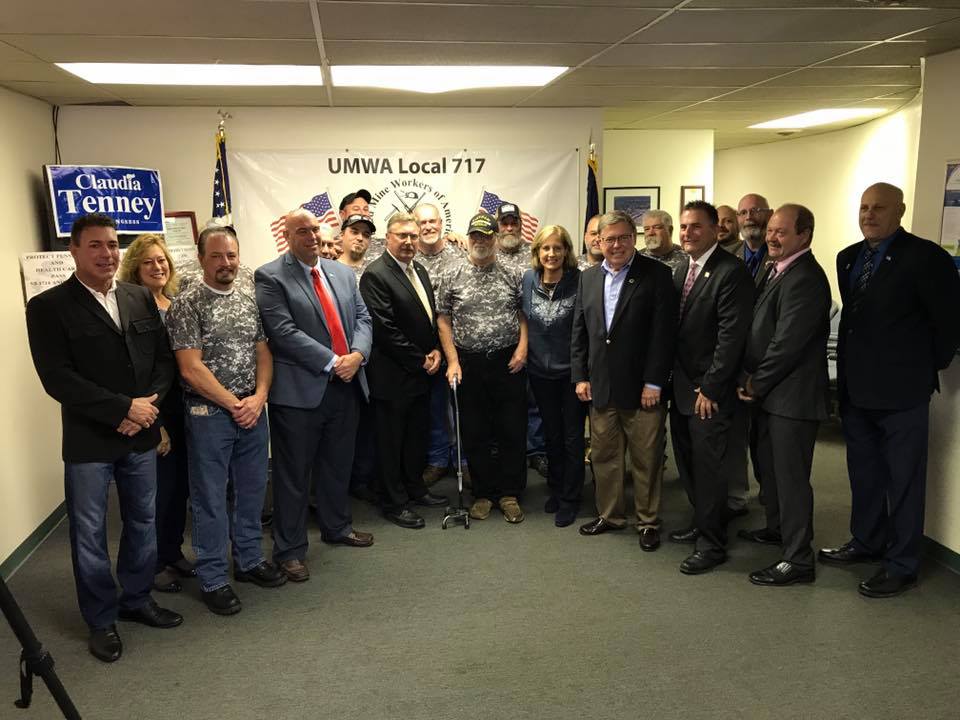 Dennis Bova, Republican candidate for the 119th Assembly District, was officially endorsed by the United Mine Workers of America, which represents the Remington Arms employees in Herkimer County.

Bova expressed his appreciation at a Wednesday press conference with union leadership.

“I’m very humbled by the support of UMWA Local 717 members for putting their trust in my
campaign,” Bova said.

Bova has the Republican, Conservative and Reform parties lines in November and will face off against Democrat Mariann Buttenschon.