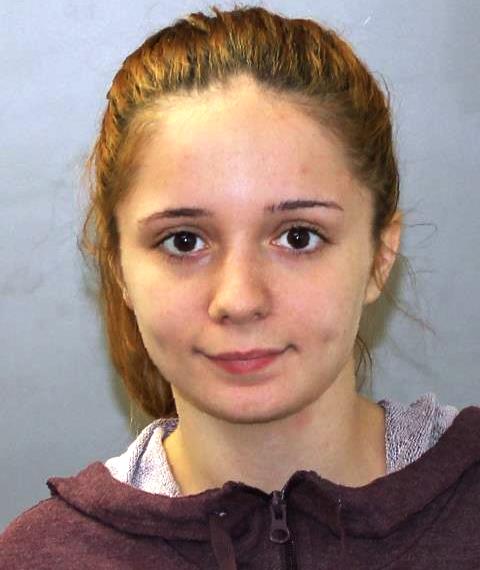 The investigation revealed at approximately 8:19 p.m., two males broke into the apartment and began to assault the 25-year-old male resident. The male victim was attempting to leave the residence when he was shot in the neck by one of the male suspects.

One of the suspects went through the victim’s apartment and took property including cash. Both were last seen running from the victim’s residence in an unknown direction.

During the investigation, Troopers determined a female acquaintance was inside with the victim prior to the break-in. The female, later identified as Kristine Baker, was known to both the victim and the other two male suspects.

On Nov. 27, 2018, investigators arrested Baker, 19, of Marietta, for first-degree robbery, a class B felony. She was arraigned in Central Square Village Court and was remanded to the Oswego County Jail on $50,000 cash bail or $100,000 bail bond.

State police continue to search for the two male suspects involved in the robbery.

Anyone with information regarding this investigation is asked to contact State Police Bureau of Criminal Investigation at Troop D Headquarters in Oneida at 315.366.6000. All information will remain confidential.