Williams to be Inducted into Ball State Hall of Fame 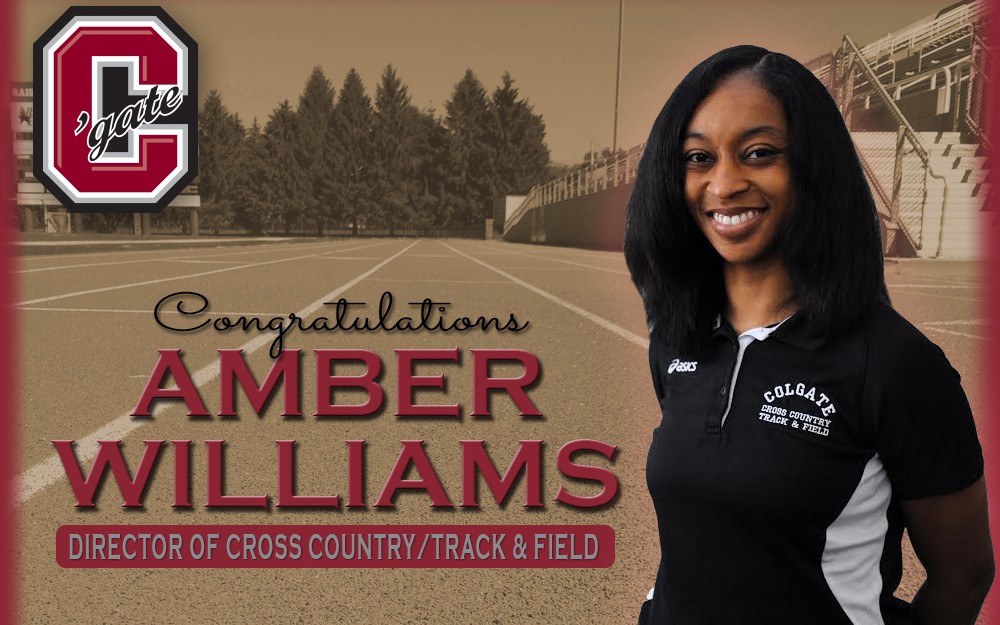 Colgate Director of Cross Country and Track & Field Amber Williams is being inducted into the Ball State Athletic Hall of Fame this weekend in Muncie, Ind.

The 2009 grad is one of five individuals to join the elite group and will officially be inducted Friday at the Ball State Alumni Center. She will also be honored the following day at the Cardinals’ Men’s Basketball game against Kent State.

“I never thought about it,” said Williams on being inducted. “I was just happy to feel like I left my mark and for that to be acknowledged like that is pretty cool.”

Williams found out she was going to be inducted back in the fall when her former coach, Steve Rajewsky, gave her a call.

“He said he had good news for me,” said Williams. “He let me know that I was going to be inducted into the athletic hall of fame, which I was pretty excited about.”

The honor is well deserved for the Raider coach. While competing for the Cardinals, she earned an All-American nod as a junior when she had a mark of 13.18 in the 100-meter hurdles at the 2007 NCAA Championships. She was also a two-time Mid-American Conference Indoor Track Most Valuable Performer winner and has plenty of great memories from her time in Indiana.

“My fondest memory was when I broke the conference records in the 60m hurdles indoors,” said Williams. “Also when I got the all-time record in the event outdoors. That very moment of crossing the line and hearing my teammates roar behind me…that’s definitely one of the best memories I have.”

Williams has brought her experience to Hamilton, where she has been the head of the track & field and cross country programs for two and a half years.

“It helps because in achieving those goals, you can pay it forward in saying you can achieve these different goals if you work hard,” said Williams on bringing her competitive experience to the Raiders. “What I achieved does show that hard work does pay off, but you also have to understand that not everyone is going to take the same journey. So you try to inspire each athlete to be the best version of themselves that they can be.”