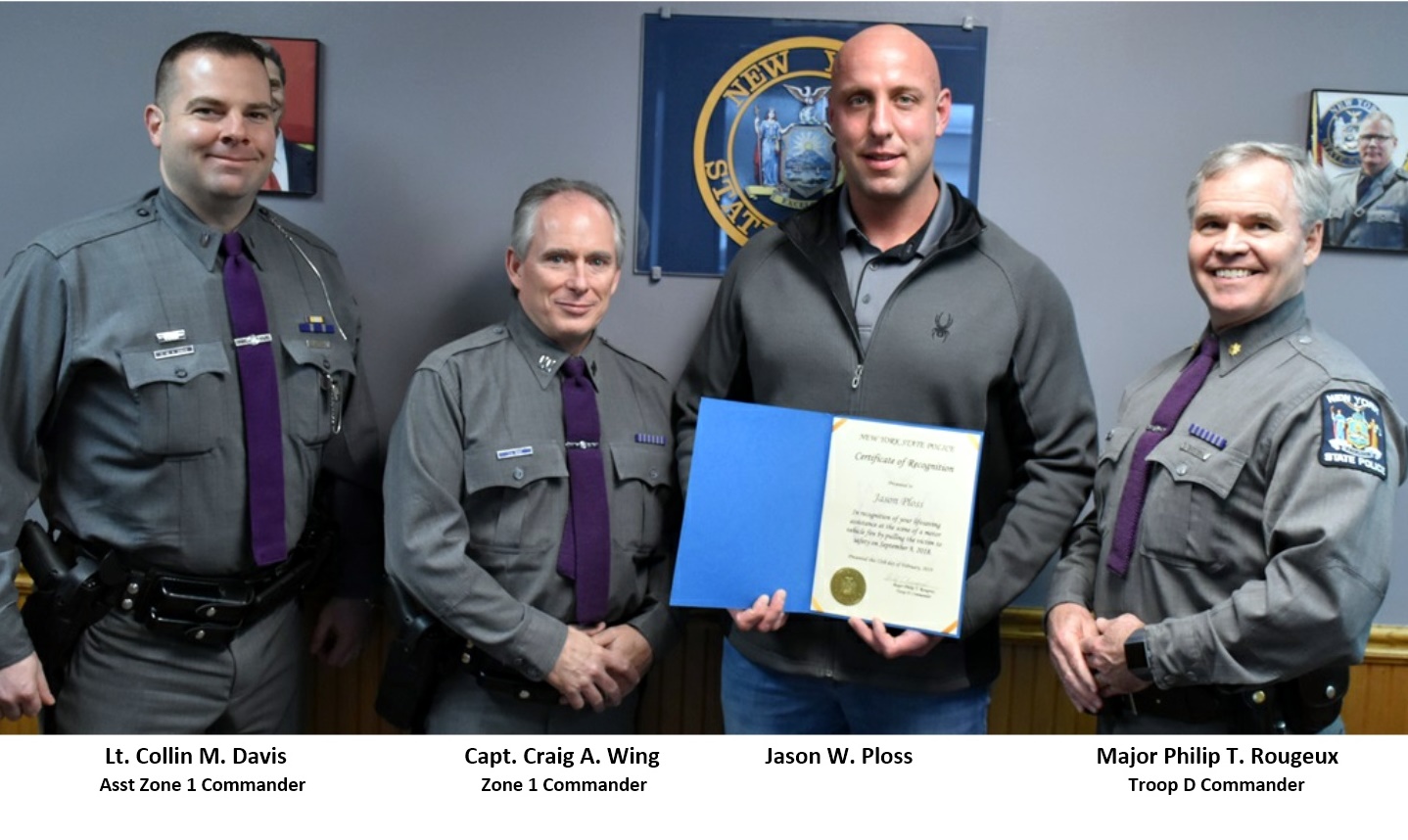 A Danube resident was honored this week for putting his life on the line to save a Yorkville woman whose vehicle drove off State Route 5S, striking a mailbox and overturning several times.

The operator of the vehicle, Melissa M. Knudsen, 40, of Yorkville, was trapped inside. A nearby neighbor, Jason Ploss, heard the crash and ran over to the scene. He observed a woman inside and the doors pinned shut due to the damage caused by the rollover crash.

Ploss physically forced the driver’s side door open and pulled Knudsen to safety moments before the vehicle became fully engulfed in flames.

Police say if not for the heroic actions of Ploss, Knudsen would have likely perished in the fire.