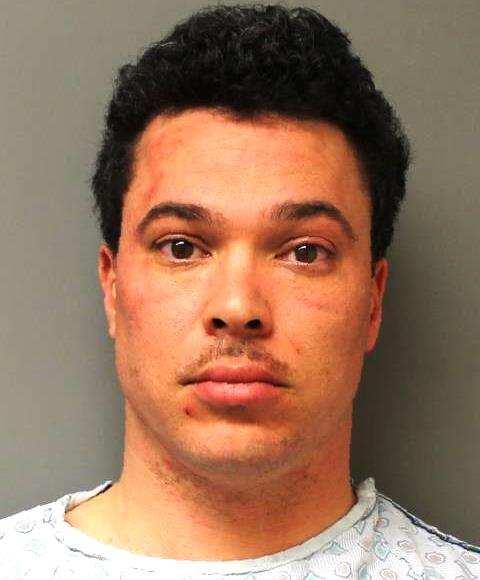 On March 10, 2019, at approximately 9:15 p.m., Trooper Jeffrey Wegrzyn observed a gray Volkswagen traveling on Turin Road going 63 mph in a 40-mph zone. While turning on the vehicle, the Oneida County 911 Center began dispatching a “Be On the Lookout” for that vehicle as being an erratic driver.

Wegrzyn lost sight of the vehicle and continued southbound where he observed the vehicle disabled in a snowbank, with the driver in an unconscious state and the accelerator fully depressed.

As Trooper David Todora arrived on scene to assist, the driver, later identified as Jarid Taciak, 37, of Stedman Road, Lee Center, became conscious and actively tried to free the vehicle from the snowbank. Taciak, who had a 4-year-old child in the back seat and not properly secured in a child seat, refused to follow verbal commands to shut the vehicle off and exit.

Troopers were able to breach the driver’s side window and unlock the doors. Taciak then began to punch and kick Wegrzyn, who was successful in putting the vehicle in park. Todora then applied a one-second burst of pepper spray toward Taciak in an attempt to gain compliance.

Troopers then removed the child from the vehicle and secured him in the police vehicle; with the assistance of the Rome Police Department, troopers were able to get Taciak into custody without further incident.

Taciak was charged with aggravated driving while intoxicated, a class E felony; endangering the welfare of a child, seventh-degree criminal possession of a controlled substance, resisting arrest and obstructing governmental administration, all class A misdemeanors; and numerous traffic violations including child not properly restrained and speeding.

He was transported to the Oneida County Jail for centralized arraignment.