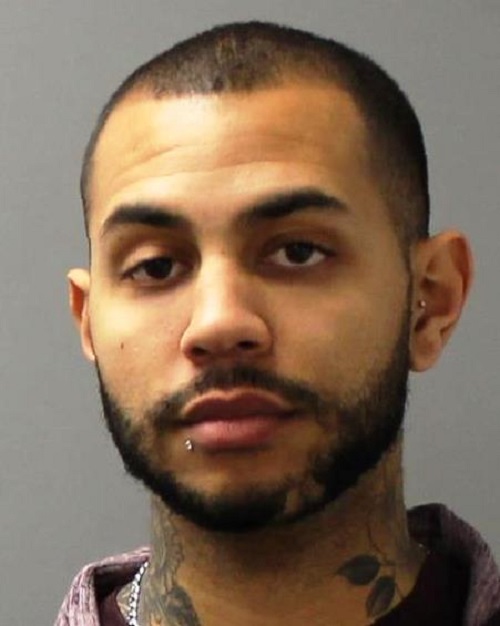 State police in North Syracuse announce the arrest of 24-year-old Dashaun Smith of Cicero, charged with four counts of unlawful dealing with a child, a class B misdemeanor.

Smith, an employee at Phenomenal Ink Tattoo located on Brewerton Road in the town of Cicero, is accused of giving tattoos to four children under the age of 18 years old without their parent’s consent. This investigation was initiated as the result of concerned citizens who contacted the state police and advised that this business location was known among the teenage crowd as a tattoo parlor that would provide these services without parental consent.

The youngest victim currently identified as being tattooed by Smith is 15 years old. Smith was processed at SP North Syracuse and issued an appearance ticket directing him to appear in the town of Cicero Court at 5 p.m. April 18, 2019.

The case was investigated by uniform members of the state police, investigators assigned to Troop D Bureau of Criminal Investigations and the Onondaga County District Attorney’s Office Special Victims Unit.

Anyone who believes that their child has received a tattoo or piercing in violation of the law is asked to contact state police Troop D Oneida at 315.366.6000.

Car seat technicians from the state police will be conducting a free car seat check event at the annual Purim Carnival being held from noon to 4 p.m. Sunday, March 24, 2019, at the Jewish Community Center of Syracuse located at 5655 Thompson Road, DeWitt.

Be sure to install the car seat prior to the check; bring the child with you, if possible.

Car crashes are a leading cause of death for children ages 1 to 13. Many times, deaths and injuries can be prevented by proper use of car seats, boosters and seat belts. On average, two children under 13 were killed per day in 2016 while riding in cars, SUVs, pickups or vans.