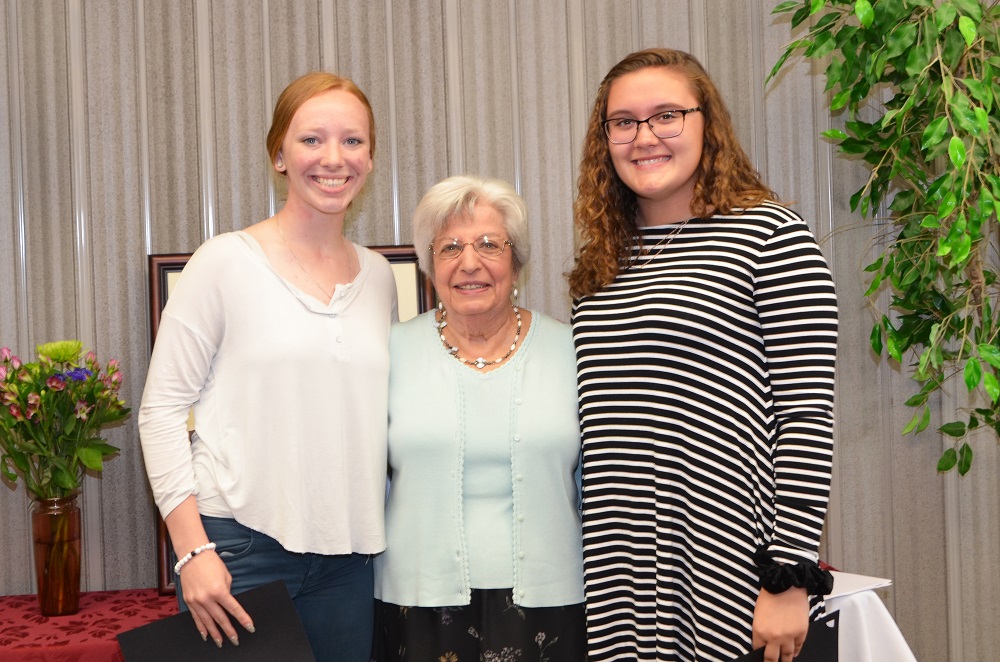 The Andrew D. Rossetti Scholarship Fund Committee awarded $2,500 scholarships to high school seniors from the Camden and Canastota school districts who plan to pursue a career in teaching.

The Rossetti Scholarships, awarded on June 5, were created in 1988 to honor Andrew D. Rossetti, an Oneida resident and District Superintendent of the Madison-Oneida BOCES from 1973 to 1984. Rossetti, also a former Vernon-Verona-Sherrill superintendent, had a lifelong passion for teaching.

Abigail Walker, of Camden, plans to study Early Childhood Education at SUNY Oswego. She is the daughter of Chad and Jennifer Walker of Camden.

Kacey Cashel, of Canastota, plans to study Adolescent Math Education and Special Education with a minor in American Sign Language at Keuka College. She is the daughter of John and Catherine Cashel of Canastota.

Rossetti’s wife, Lillian, and MOBOCES District Superintendent Jackie Starks were among those at the ceremony to recognize these two future educators. They also heard from two past recipients of the Rossetti Scholarship: Rachel Rockwell, a 2013 Madison graduate who is now teaching music in Edmeston, and Megan Lamb, a 2018 Stockbridge Valley graduate who is studying agriculture education at Cornell University.